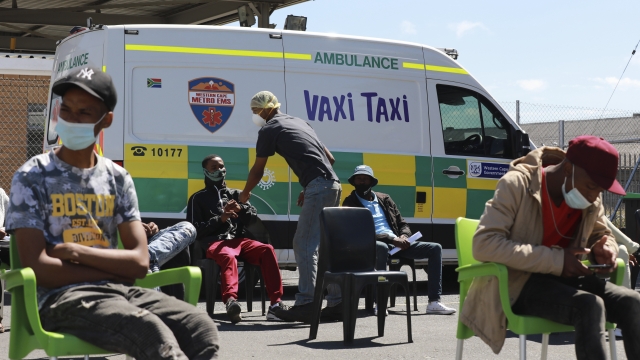 The African continent might not reach the target of vaccinating 70% of its 1.3 billion population against COVID-19 until the second half of 2024, a target many of the world's richer countries have already met, the World Health Organization said Tuesday.

The warning comes as the world faces a new surge in cases driven by the highly infectious Omicron variant. Health officials in South Africa, which first announced the variant, say early data indicate it causes less severe illness and shorter, less intensive hospital stays. But some richer countries have rushed to allow booster vaccine doses in response, even as less than 8% of Africa's population has received two doses.

"We will never get out of this if we don’t work together as one world," Flavia Senkubuge, president of the Colleges of Medicine of South Africa, told reporters at the WHO briefing.

The WHO Africa director, Matshidiso Moeti, pushed back against any suggestion that African nations are allowing large numbers of vaccine doses to go to waste amid poor infrastructure and vaccine hesitancy.

The African continent has received about 434 million vaccine doses, and some 910,000 of them have expired in 20 countries, representing less than a quarter of 1%, Moeti said.

The main challenge in Africa, she said, remains access to vaccine supplies.