Warren Calls McCarthy A 'Liar' And 'Traitor' Over Jan. 6 Tape 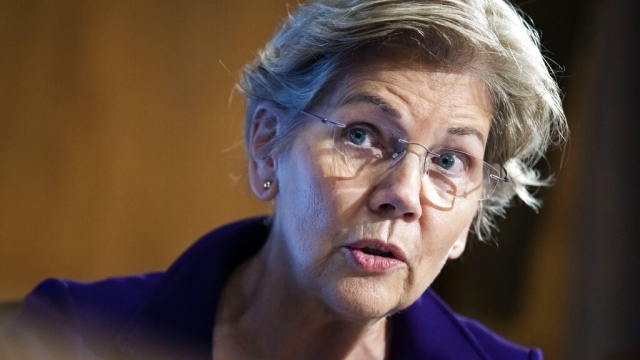 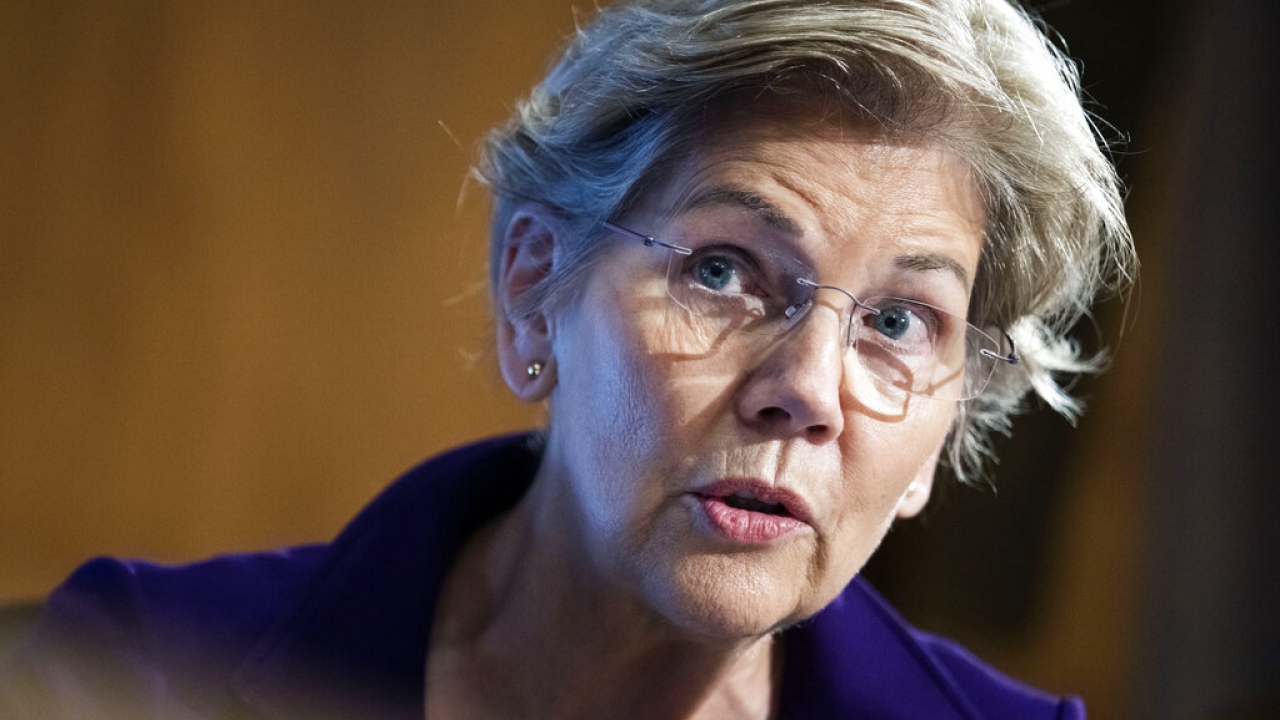 Democratic Sen. Elizabeth Warren is slamming Rep. Kevin McCarthy as a "liar and a traitor" over recordings that show the House Republican leader — despite his denials — placing responsibility on then-President Donald Trump for the Capitol riot and suggesting Trump should resign.

It's unusually strong language to use against the House Republican leader, who is in line to become speaker — second in presidential succession — if Republicans win control of the House in the November elections.

But Warren's statement reflects a swell of Democratic criticism against McCarthy. They point to his recorded comments in January 2021 as proof that GOP lawmakers at the highest levels privately acknowledge Trump's role in the insurrection at the Capitol yet continue to defend him in public.

McCarthy denied a New York Times report last week that detailed phone conversations with House Republican leadership shortly after the riot that he thought Trump should resign. He called it "totally false." But in an audio first posted Thursday by the newspaper and aired on Rachel Maddow's MSNBC show, McCarthy is heard discussing the possibility of urging Trump to leave office amid the Democratic push to impeach him.

Asked Sunday about her reaction, Warren called the circumstances "outrageous."

"Kevin McCarthy is a liar and a traitor," she told CNN's "State of the Union." 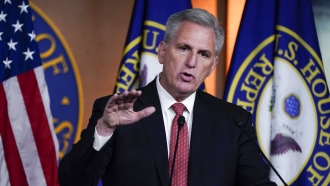 Audio: McCarthy Said He Would Urge Trump To Resign

"That is really the illness that pervades the Republican leadership right now, that they say one thing to the American public and something else in private," Warren said. "They understand that it is wrong what happened, an attempt to overthrow our government and that the Republicans instead want to continue to try to figure out how to make 2020 election different instead of spending their energy on how it is that we go forward in order to build an economy, in order to make this country work better for the people who sent us to Washington."

"Shame on Kevin McCarthy," she said.

There was no immediate response Sunday from McCarthy's office to a request for comment.

The crowd that attacked the Capitol on Jan. 6, 2021, marched there from a rally near the White House where Trump had implored them to fight to overturn Democrat Joe Biden's victory in the presidential election, saying falsely the election was stolen. Trump has denied responsibility for the violence.

McCarthy has been a person of interest for the House committee investigating the storming of the Capitol. The committee requested an interview with McCarthy in mid-January, seeking information on his communications with Trump and White House staff in the week after the violence, including a conversation with Trump that was reportedly heated.

McCarthy issued a statement at the time saying he would refuse to cooperate because he saw the investigation as not legitimate and accused the panel of "abuse of power."

Trump and McCarthy had a strained relationship after the Capitol attack, but made amends after the GOP leader flew to the former president's resort in Florida to smooth things over.

Their alliance renewed, McCarthy is now relying on Trump to help Republicans win the House majority in this November's midterm elections.