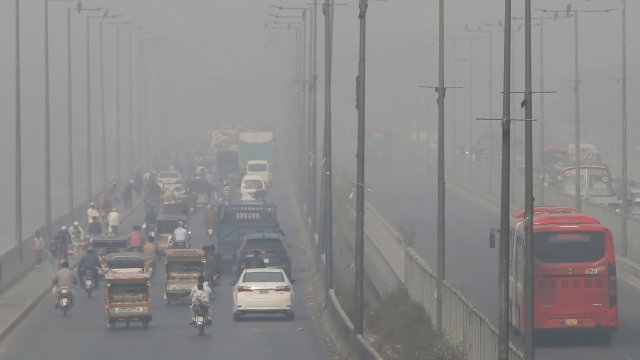 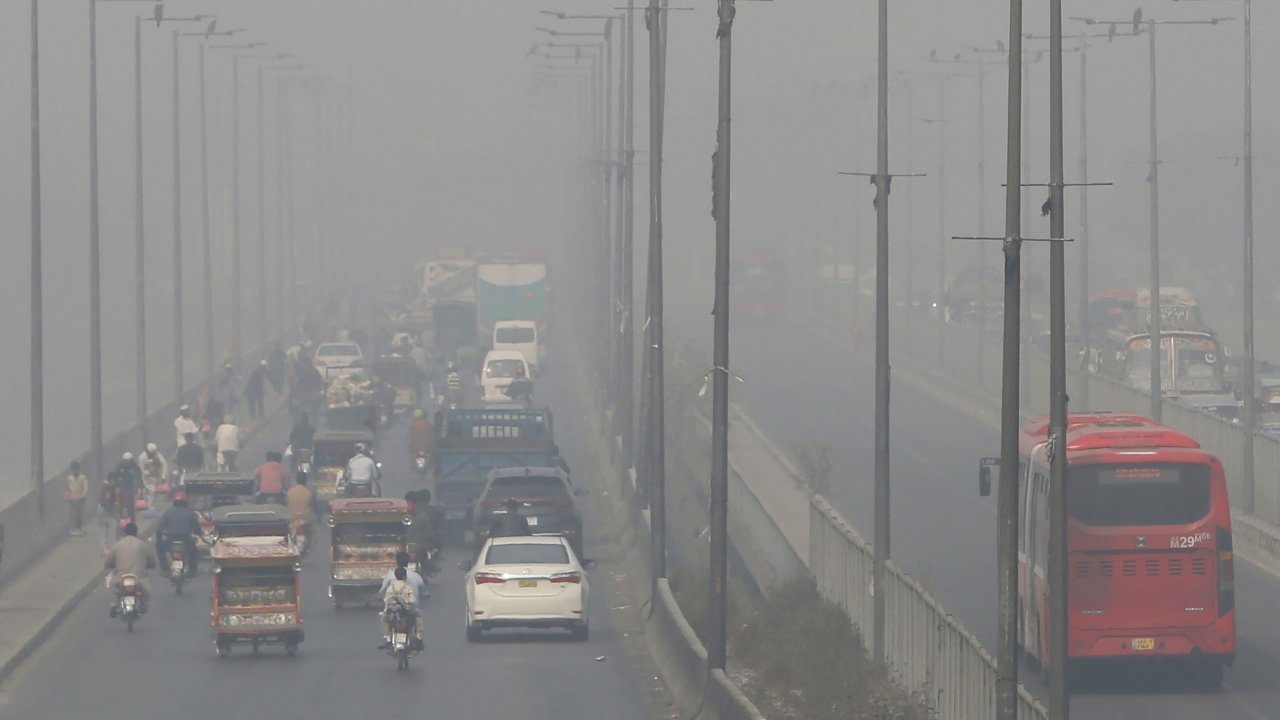 The World Health Organization said Wednesday that the harmful health effects of air pollution kick in at lower levels than it previously thought, and it is setting a higher bar for policymakers and the public in its first update to its air quality guidelines in 15 years.

The U.N. health agency released its revised Air Quality Guidelines as climate change is a leading topic at the U.N. General Assembly in New York. Chinese President Xi Jinping announced Tuesday that China will no longer fund power plants fired by coal, which generates several of the pollutants covered by the guidelines.

Since the last update of the W.H.O. recommendations, better monitoring and science have cleared up the global picture about the effects of six major air pollutants on human health. According to the agency, 90 percent of the world's people already live in areas with at least one particularly harmful type of pollutant.

The revisions also highlight another — and often parallel — aspect to environmental concerns beyond widespread worries about global warming and the impact of burning fossil fuels.

Exposure to air pollution is estimated to cause 7 million premature deaths and affect the health of millions more people each year, and air pollution "is now recognized as the single biggest environmental threat to human health," said Dr. Dorota Jarosinska, W.H.O. Europe program manager for living and working environments.

Air pollution is now comparable to other global health risks like unhealthy diet and tobacco smoking, the W.H.O. said.

The guidelines, which are not legally binding and are intended as a reference for policymakers, advocacy groups and academics, lower the advised concentrations of six pollutants known to have impacts on health: two types of particulate matter known as PM 2.5 and PM 10, as well as ozone, nitrogen dioxide, sulfur dioxide and carbon monoxide.

The guidelines could also send a message to the wider public about lifestyle and business choices — whether it's driving cars and trucks, disposing of garbage, working in industrial jobs or farming.

The W.H.O. says the main human-generated sources of air pollution can vary geographically but include the energy and transportation sectors, as well as waste dump sites and home cooking and heating.

"We hope the tighter standards will draw attention to just how critical clean air is for human and ecosystem health," Jessica Seddon, global lead for air quality at the World Resources Institute, said. "The difficulty will come in making the W.H.O. guidelines meaningful for the average person going about their day."

While wealthy countries in Europe, Asia and North America have made strides in improving air quality in recent years, the W.H.O. says globally more than 90 percent of the world population breathes air with PM 2.5 concentrations that exceed the recommended levels in its last guidelines, published in 2006.

Such particles can penetrate deep into the lungs and enter the bloodstream, resulting in both respiratory and cardiovascular impacts. Air pollution has been linked to heart disease, diabetes, cancer and early death, and recent evidence has suggested negative effects on pregnancy, cognitive development in kids and mental health, experts say.

The new guidelines set or revise downward recommended air pollution levels for nearly all of the six particles both on a daily and annual basis. For example, they slashed the PM 2.5 recommendation on an annual basis to 5 micrograms per cubic meter, down from 10 previously.

"That is just a huge change," said Susan Anenberg, associate professor of environmental and occupational health and global health at George Washington University. "This annual average for PM 2.5 in the guidelines is going to be extremely difficult to meet. ... There's very few people on the planet right now that have exposures that are that low."

The 2016 guidelines prompted many countries to take action even though they are voluntary, the W.H.O. insists. Since then, evidence has grown about the negative impacts of air pollution on health based on improved pollution measurement systems and exposure assessments, leading to the update.

"In order for major countries around the world to achieve that is going to require major changes to our human systems," Anenberg said. "They have to stop burning fossil fuels, and what the world decides to do about climate change in the coming weeks will have major impacts on whether or not we're able to follow a guideline like that."

A key U.N. climate summit is set to take place in Glasgow, Scotland, in six weeks.

The W.H.O. has issued similar guidelines on issues as diverse as tobacco consumption, sugar intake and video game playing. At times, its standards rankle industry groups and confront policymakers with difficult decisions.

While developed countries and some developing ones have set standards for air quality, a report from the U.N.'s environment program earlier this month found that one-third of the world's countries have no legally mandated standards for the quality of outdoor air. Many of those are in Africa and the Western Pacific.

Over the last 20 years, air quality has improved in places where policies for reducing pollutant emissions have been enforced, including Europe, the United States and Canada, said Vincent-Henri Peuch, director of the European Union's Copernicus Atmosphere Monitoring Service.

China has seen improvements too. But air quality has deteriorated in many other parts of the world, especially in low-income countries, Peuch said.

There are areas that offer promise. Experts note improvements through the retirement of old cars and their replacement with models that emit less nitrogen dioxide or run on batteries.

But the W.H.O.'s overall message was stark.

"The unenviable challenge for policymakers will be to respond in a way that minimizes the proven harms to health, as set out by W.H.O., but with policies that are proportionate, cost-effective and crucially, deliver benefits equitably across the country and population," said University of York professor Alastair Lewis of the National Center for Atmospheric Science.