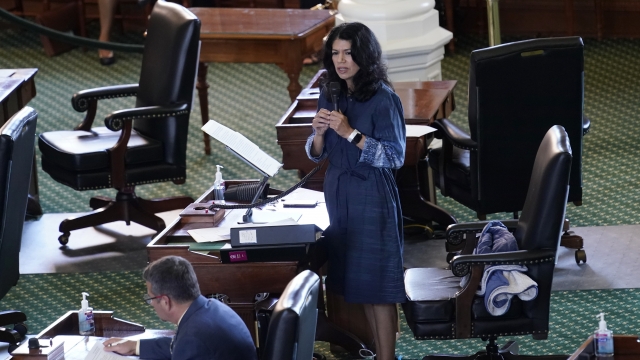 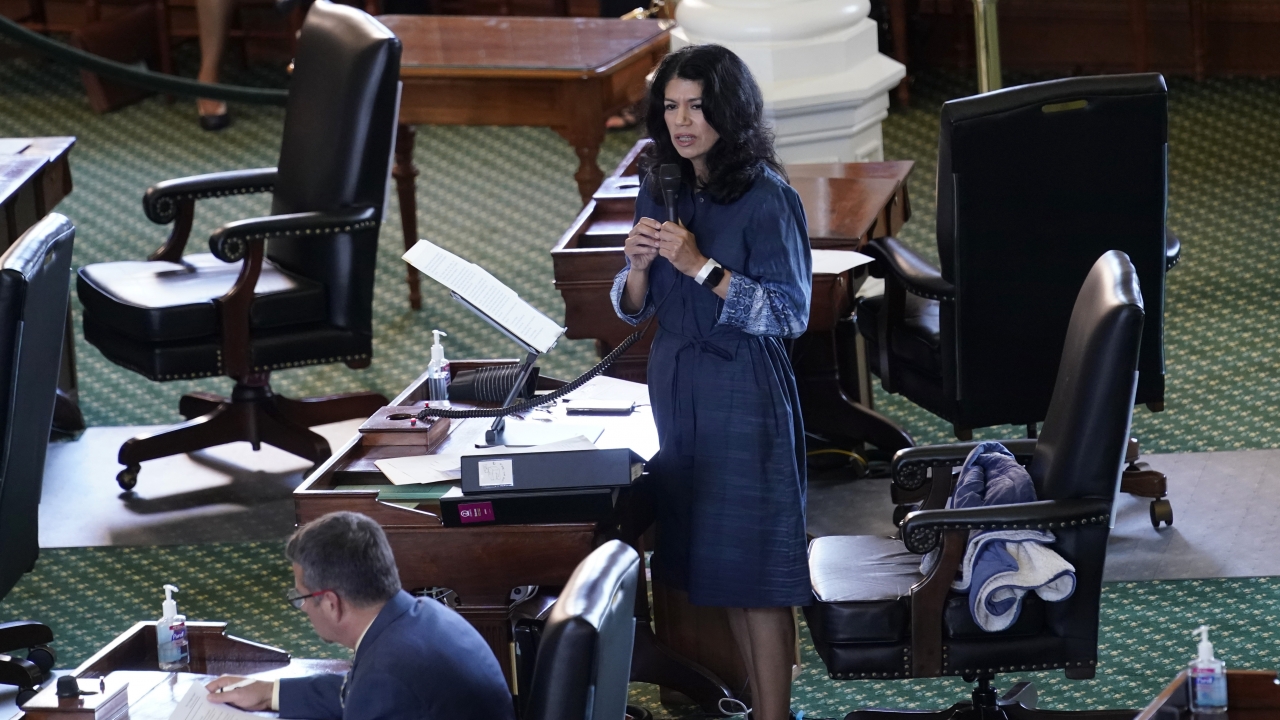 A Texas state senator ended a 15-hour filibuster Thursday in the Democrats' latest defiance over new voting restrictions, but it only delayed Republicans who went on to approve the sweeping elections bill just minutes after she wearily left the floor.

The GOP's sustained efforts to tighten Texas' election laws, however, remained no closer to Republican Gov. Greg Abbott's desk than a month ago. Democrats are still refusing to show up in the state House of Representatives in a standoff that has now dragged on for 32 days, preventing the Senate bill from going any farther.

Democrat Carol Alvarado began speaking shortly before 6 p.m. Wednesday even though she acknowledged that the filibuster would not block the legislation in the Senate. She was required to remain standing and speaking, was prohibited from taking bathroom breaks and wore running shoes on the Senate floor.

“What’s wrong with drive-thru voting during a pandemic? What’s wrong with 24-hour voting? Why can’t we have expanded voting hours for the people who have to work late? Where is all the so-called fraud?" Alvarado said in the closing moments of her filibuster. “Where does it end?

She hugged her Democratic colleagues after finally putting down the microphone. Minutes later, the bill passed 18-11 in the Senate, but it is once again stalled since Democrats continue to their holdout at the other end of the Texas Capitol.. 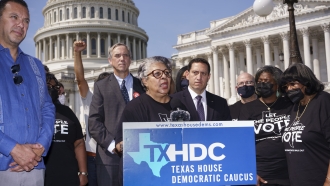 Alvarado's filibuster began hours after officers of the Texas House of Representatives delivered civil arrest warrants for more than 50 absent Democrats on Wednesday. Frustrated Republicans have ratcheted up efforts to end the standoff over the elections bill.

Refusing to attend legislative sessions is a violation of House rules — a civil offense, not a criminal one, leaving the power the warrants carry to get Democrats back to the chamber unclear, even for the Republicans who invoked it. Democrats would not be jailed.

Republican Travis Clardy, who helped negotiate an early version of the voting bill that Democrats first stopped with a walkout in May, said he believes Democrats can be physically brought back to the Capitol.

State Rep. Jim Murphy, who leads the Texas House Republican Caucus, said while he has not seen a situation like this play out during his tenure, his understanding is that officers could go to the missing lawmakers and ask them to come back. 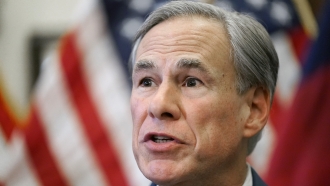 “I am hoping they will come because the warrants have been issued and they don’t want to be arrested,” Murphy said. “It is incredible to me that you have to arrest people to do the job they campaigned for, for which they took an oath of office to uphold the Texas Constitution.”

It was unclear Wednesday how many Democrats remained in Washington, where they had hoped to push President Joe Biden and other Democrats there to pass federal legislation that would protect voting rights in Texas and beyond.

Senate Democrats pledged to make it the first oder of business when they return in the fall, even though they don't have a clear strategy for overcoming steadfast Republican opposition.