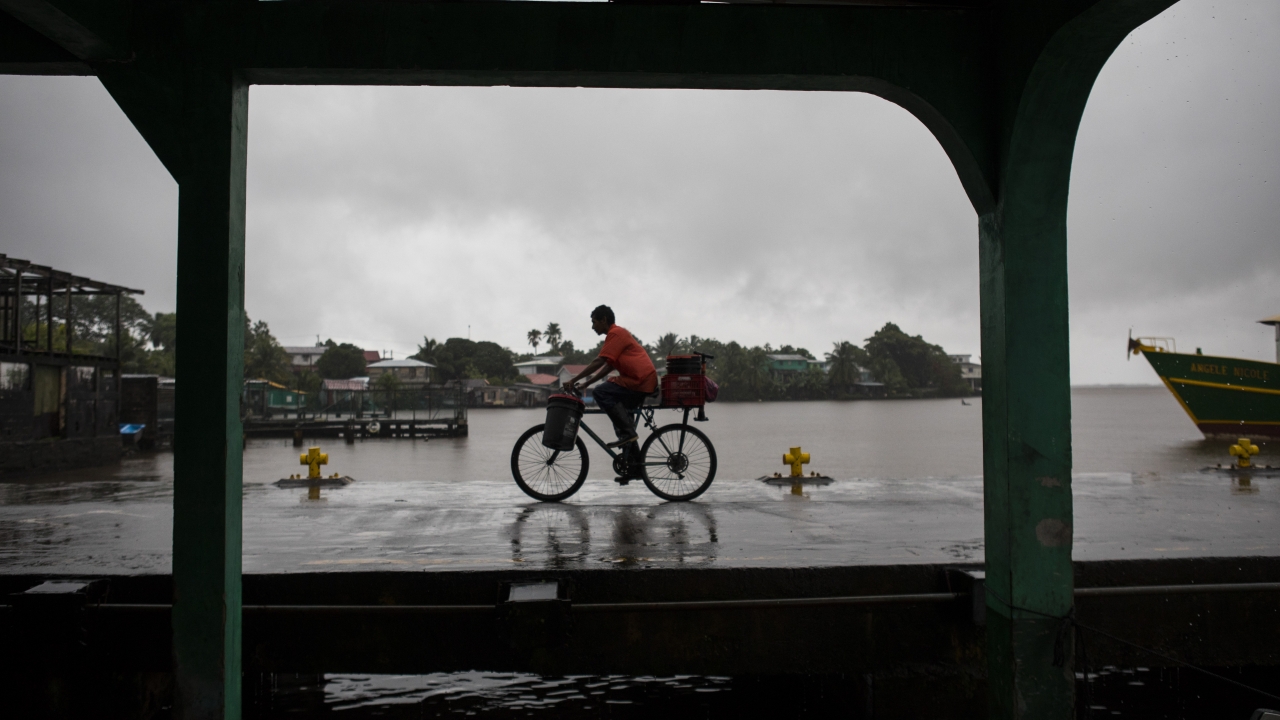 Tropical Storm Colin formed along the South Carolina coast on Saturday, bringing the threat of rain and high winds for a day or two during the holiday weekend before improving for Monday's July Fourth celebrations.

The National Hurricane Center in Miami warned of the possibility of localized flash flooding along the Carolinas coast through Sunday morning. At 8 a.m. EDT, the storm's center was about 25 miles west-southwest of Myrtle Beach, South Carolina, with maximum sustained winds of 40 mph (65 kph). It was moving northeast at 8 mph

The hurricane center said a tropical storm warning was in effect for a stretch of South Santee River in South Carolina, to Duck, North Carolina, including Pamlico Sound. The storm is not expected to strengthen as it moves into the Atlantic on Monday.

“Colin will continue to produce locally heavy rainfall across portions of coastal South and North Carolina through Sunday morning,” the center said. Isolated amounts could reach up to 4 inches.

“This rainfall may result in localized areas of flash flooding,” the center said.

Separately, Tropical Storm Bonnie swept into Nicaragua bringing the threat of flooding from heavy rain, while heading for a predicted fast crossing on the way to the Pacific and a possible strengthening into a hurricane.

Bonnie came ashore late Friday on Nicaragua's Caribbean coast about 75 miles south of Bluefields, the U.S. National Hurricane Center said. Forecasters warned of the danger of significant flooding, with rains of up to 8 inches, and even more in isolated places.

Bonne was centered about 65 miles southeast of the Nicaraguan capital of Managua with maximum sustained winds of 40 mph. Bonnie was moving west at 14 mph and was expected to emerge over the Pacific on Saturday and to become a hurricane off Mexico’s southern coast.

Authorities in Bluefields said they set up 50 temporary shelters before the storm arrived, and many of its 57,000 residents nailed boards over their windows.

Many Nicaraguans still remember Hurricane Joan, a powerful 1988 storm that wreaked havoc on the coast and caused almost 150 deaths in the country.

The area was also battered by two powerful hurricanes, Eta and Iota, in quick succession in 2020, causing an estimated $700 million in damage.

Officials in Costa Rica expressed concern that the storm would unleash landslides and flooding in an area already saturated by days of rain. The government said seven shelters in the northern part of the country already held nearly 700 people displaced by flooding.

A huge landslide a week ago cut the main highway linking the capital, San Jose, to the Caribbean coast and it remained closed Friday. The government canceled classes nationwide Friday.

The fast-moving weather disturbance began drenching parts of the Caribbean region Monday but it did not meet the criteria for a named tropical storm until Friday.