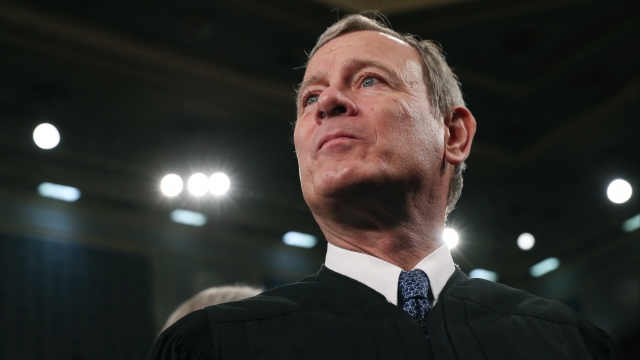 By Bailey Vogt
May 30, 2020
The court ruled that California Gov. Gavin Newsom had the power to limit gatherings to curb the spread of COVID-19 — including religious gatherings.
SHOW TRANSCRIPT

The Supreme Court ruled that California can enforce its restrictions on religious gatherings during the coronavirus pandemic.

In a rare late-night ruling released Friday, the Court ruled 5-4 that California Gov. Gavin Newsom has the power to limit in-person church attendance to curb the spread of COVID-19. Many churches defied his order, claiming it violated constitutional freedoms.

Chief Justice John Roberts said in his opinion calling Newsom's rules "indisputably" unconstitutional "seems quite improbable," adding it was broadly applied to all religions in the interest of public safety. The liberal wing of the court — Justices Stephen Breyer, Ruth Bader Ginsburg, Elena Kagan and Sonia Sotomayor — all voted in favor of the restrictions but didn't join Roberts' opinion.

However, in a dissenting opinion, Justice Brett Kavanaugh said the restrictions discriminated against places of worship. He argued that the limitations exceed those of secular business and violate the First Amendment. Justices Neil Gorsuch and Clarence Thomas co-signed Kavanaugh's opinion. Justice Samuel Alito voted against the limitations but didn't join in the opinion.

Additionally, the court denied a similar challenge in Illinois.