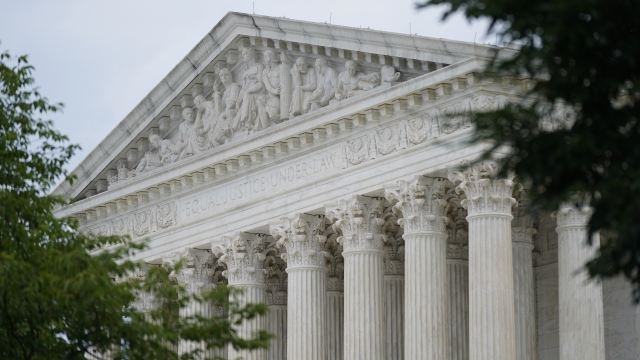 SMS
Supreme Court To Hear Case On State Authority Over Federal Elections
By Maura Sirianni
By Maura Sirianni
July 2, 2022
The case has both Democrats and some Republicans concerned about the future of our democracy.

The U.S. Supreme Court announced Thursday, it has agreed to hear a case next term that could upend election laws across the country.

In the final days of an explosive, controversial session, the Justices said they've agreed to hear Moore v. Harper, a case centered on newly drawn maps of voting districts for North Carolina's 14 seats in the next U.S. House of Representatives.

Republican state lawmakers say they want to resurrect a map that North Carolina's state courts struck down, after finding it violated several provisions in the state's constitution by giving republican candidates an unfair advantage through partisan gerrymandering.

"There's been a lot of attention on the Supreme Court and what their decisions mean for Americans—and I think more than anything else, the consistent through-line has been returning more and more power to the states," said Christopher Cooper, a Political Analyst and Professor at Western Carolina University.

Cooper says depending on how the court rules, this could have major implications, especially for those states with a large number of right-wing legislatures.

"And so, what this would mean if it would pass in North Carolina, Arizona, and Wisconsin, and many of these swing states that are controlled by the Republican legislature, is that the courts would not provide a guard rail. The legislature's decision would be the final one,' said Cooper.

In their appeal to the U.S. Supreme Court, the North Carolina republican lawmakers argue, the U.S. constitution's elections clause gives state legislatures the power to determine how Congressional elections are conducted, without any checks and balances from state constitutions or state courts.

Depending on how the conservative-majority court rules, the case could end up giving more power to state legislatures when it comes to elections for Congress and the presidency, and block state courts from reviewing challenges to results.

The case has both Democrats and some Republicans concerned about the future of our democracy. Republican Congressman Adam Kinzinger, a member of the January 6th select committee, reacted to the news on Twitter, saying "after the attempted coup this cannot happen."

Democratic Rep. Alexandria Ocasio-Cortez said "if the President and Congress do not restrain the court now, the court is signaling they will come for the next presidential election."

Cooper says the case is already on the radar of Americans across the country.

"I expect this is going to be perhaps the most important issue of the next Supreme Court term. I think voting rights activists and Americans across the country should be concerned about this case," said Cooper.

The Supreme Court's next term begins the first Monday of October.

It will also be justice Ketanji Brown Jackson's first term after officially being sworn in as the 116th Supreme Court Justice to serve on the high court.