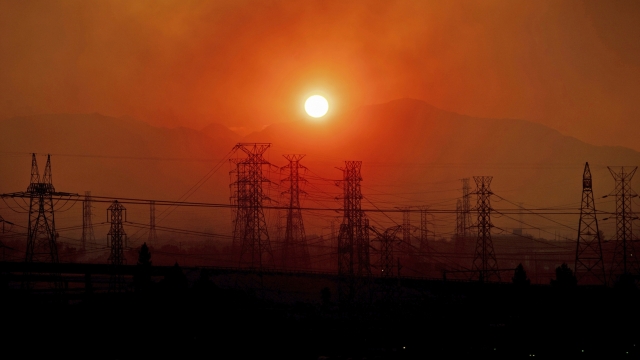 SMS
Summer Heat Expected To Strain Power Grid, Force Outages
By Scott Withers
By Scott Withers
May 20, 2022
Energy officials warn that high temperatures and a drought that's impacting much of the western U.S. could force widespread power outages this summer.

Summer-like heat is going to set new high temperature records this weekend along the East Coast and there's concern from the North American Electric Reliability Corporation that some parts country could experience blackouts this summer because of the heat.

It seems pretty likely there will be power shortages in a few parts of the country this summer. With the way the national power grid is arranged, it won't be a nationwide issue, but some big cities and entire states are at high risk. 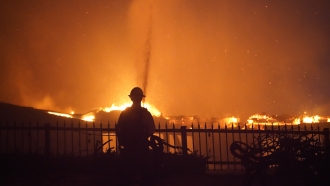 The drought is also likely to cut power generation output at hydro-electric dams. Last year, some dams had to be taken offline due to water reservoir levels dropping too low. This year some of those reservoirs are already at critical levels.

The National Weather Service Climate Prediction Center released its summer outlook Thursday, and it supports the warning about electricity heading into the summer months.

Almost the entire country can expect above normal temperatures, especially the western U.S. — which will only add to drought problems impacting the hydro-plants.

Another issue is some key transmission lines have not been repaired after being damaged by storms, and older fossil fuel plans have been taken offline.

Pretty much any area west of the Mississippi river is at an elevated risk of not having enough power supply during peak summer surges. The states most at risk include Minnesota, Wisconsin, Michigan, Iowa, Indiana, Illinois, Arkansas and Louisiana.

Energy officials recommend addressing the problem with a complete overhaul to the national power grid. They say it's based on old power generation technology and needs to be more flexible in allowing artificial intelligence to quickly reroute energy from real time power sources and clean energy.