Renters And Landlords Continue To Struggle Amid Inflation 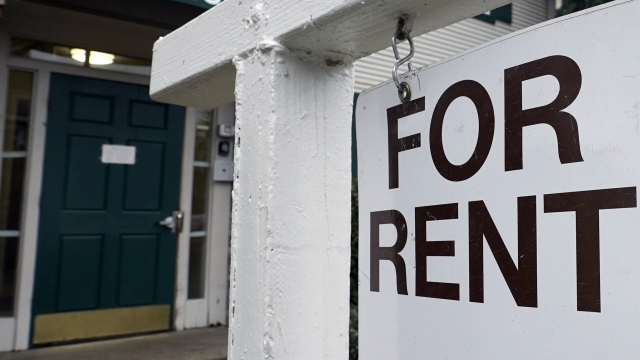 From food to furniture, inflation is hitting just about everything.

But it's more than the goods we buy. It's also where we live.

Garrett Cooper, a renter in Cincinnati, says he's had to work extra hours to pay the bills, after a recent spike in rent.

And it's happening all over the country.

Now, Thomas Gestrich is dipping into savings to pay his bills after his rent went up in Phoenix.

Their experiences are common. In fact, rent jumped 17% year over year. In some metro areas, it went up three times as much.

Tenants don't see a change in cost until their lease is up or they move somewhere else. That means some renters are only just now experiencing the worst of rental price increases after already having to deal with elevated costs for other things.

Meanwhile, landlords like Jennifer Fierman say they have bills to pay, too, after emerging from a pandemic that saw unpaid rents and evictions temporarily prohibited.

"I was still on the hook to pay my mortgage, even if my tenant wasn't paying their rent," she said.

But there doesn't seem to be much sympathy for landlords, like there is for renters.

"I think a lot of landlords are feeling it, because there is not really much empathy out there. The humanitarian side for the landlords is lost," said real estate attorney Tayson Gaines said.

"The prices that these homes are going for is off the charts. And the new inventory that's coming online, those prices are off the charts," said David Auerbach, managing director of Armada ETF Advisors.

Rental rates tend to be higher during the approaching summer months as college grads look for housing, meaning many potential renters could be in for a rude awakening.

To make matters worse, there aren't many alternatives to sky-high rents, as homeownership continues to be out of reach for the average American.

"And with mortgage rates going up, that means that property gets a little bit more expensive because the cost of the mortgage," Auerbach continued.

Experts do believe inflation could be peaking for some items but it remains unclear when – or if – rent prices will cool off.