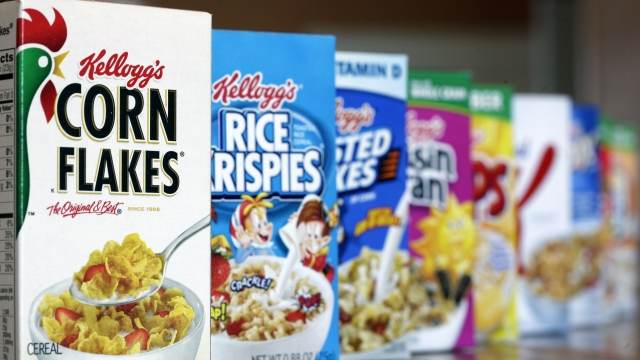 Kellogg's has reached a tentative agreement with its 1,400 cereal plant workers that will deliver 3% raises and end a nearly two-month-long strike.

The five-year deal with the Bakery, Confectionery, Tobacco Workers and Grain Millers' International Union also includes cost-of-living adjustments in the second through the fifth years of the contract and it maintains the workers' current health benefits, the company said Thursday.

Kellogg's workers who have been on strike since Oct. 5 will vote on the new contract Sunday.

The new deal covers workers at all its U.S. cereal plants in Battle Creek, Michigan; Omaha, Nebraska; Lancaster, Pennsylvania; and Memphis, Tennessee, where all of Kellogg's well-known brands of cereal, including Frosted Flakes and Rice Krispies, are made.

The tentative agreement also addresses the two-tiered system of wages that had been a sticking point for the union. The system gives newer workers less pay and fewer benefits and it includes up to 30% of the workforce at the plants. The company said the agreement will allow all workers with at least four years of experience to move up to the higher legacy pay level immediately and additional workers would move up in the later years of the contract.

Last month, Kellogg's went to court in Omaha to secure an order that set guidelines for how workers behave on the picket line because the company said striking workers were blocking entrances to its cereal plant and intimidating replacement workers. Union officials denied any improper behavior.

The union held out for higher wages after employees had been working long hours over the past 18 months to keep up with demand during the coronavirus pandemic. And workers believed that the ongoing widespread worker shortages across the country gave them an advantage in the negotiations.

In another recent strike, more than 10,000 Deere workers secured 10% raises and improved benefits before returning to work last month.

Restaurants: Whiplash Of COVID-19 Surges Driving Them Into The Ground

Quarterly Reports To Show How Companies Are Handling Inflation, COVID

The Robots That Are Coming For Our Jobs