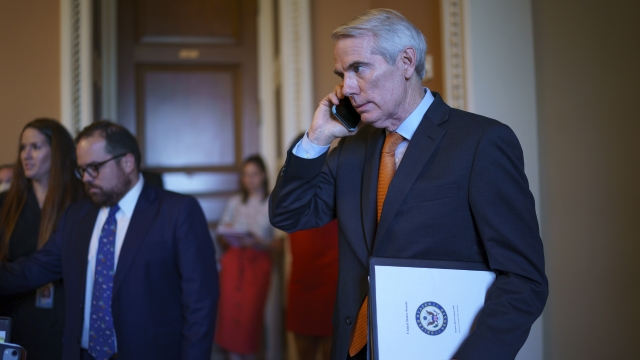 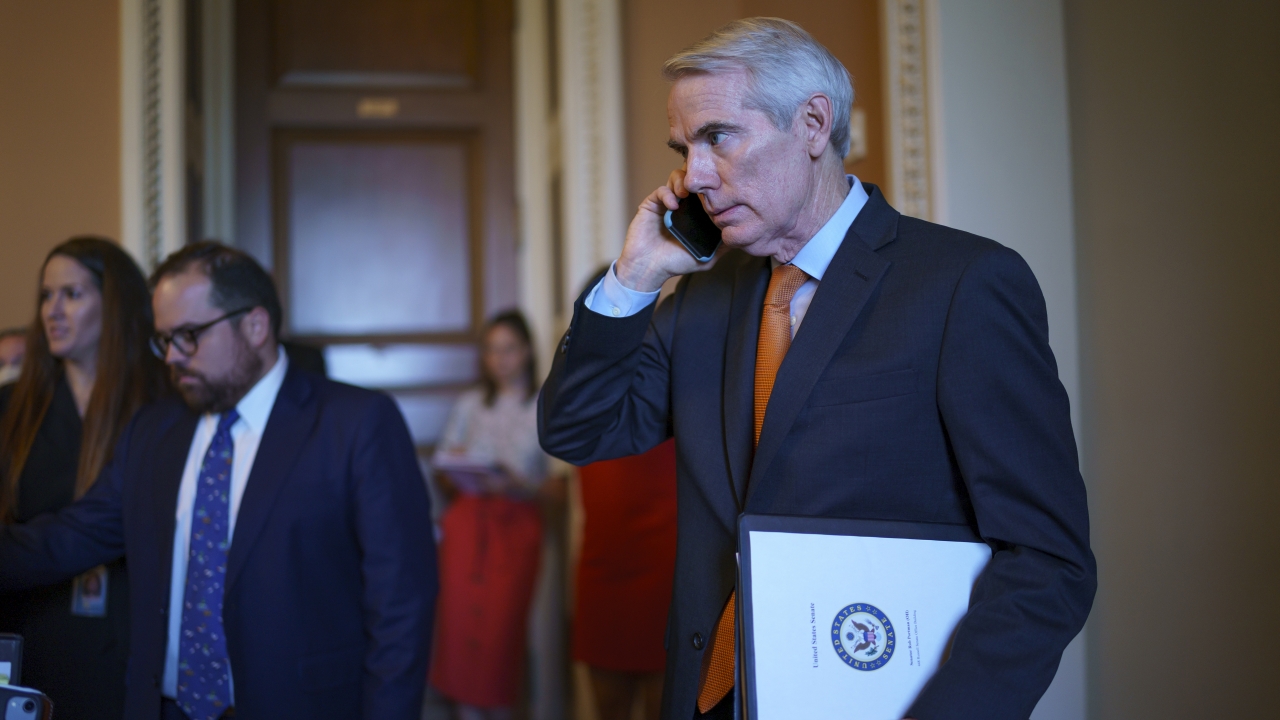 Senate Republicans reached a deal with Democrats on Wednesday over major outstanding issues in a $1 trillion infrastructure package, ready to begin consideration of a key part of President Joe Biden's agenda. An evening test vote was possible.

Lead GOP negotiator Sen. Rob Portman of Ohio made the announcement at the Capitol, flanked by four other Republican senators who have been in talks with Democrats and the White House on the bipartisan package.

"We now have an agreement on the major issues," Portman said. "We are prepared to move forward."

Asked about the agreement during a tour of a truck plant in Pennsylvania, Biden expressed approval.

"I feel confident about it," he said.

For days, senators and the White House have worked to salvage the bipartisan deal, a key part of Biden's agenda.

The outcome will set the stage for the next debate over Biden's much more ambitious $3.5 trillion spending package, a strictly partisan pursuit of far-reaching programs and services including child care, tax breaks and health care that touch almost every corner of American life, and that Republicans strongly oppose.

Senate Majority Leader Chuck Schumer opened the Senate on Wednesday announcing a possible test vote on the bipartisan package in the evening. It will require 60 votes in the evenly split 50-50 Senate to proceed to consideration, meaning support from both parties. That would launch a potentially long process to consider the bill, and any possible amendments.

Republican senators met Wednesday morning with Senate GOP leader Mitch McConnell, who appears to have given his nod to proceed. Portman said McConnell "all along has been encouraging our efforts."

Sen. Krysten Sinema of Arizona, a lead Democratic negotiator, said she expected the package would have enough support to move forward.

Sinema said she spoke with Biden Wednesday and he was "very excited" to have an agreement.

Democrats, who have slim control of the House and Senate, face a timeline to act on what would be some of the most substantial pieces of legislation in years.

Filling in the details has become a month-long exercise ever since the senators struck an agreement with Biden more than a month ago over the broad framework. There remains work to do as they draft the legislative text.

Sen. Mitt Romney, R-Utah, who has been central to talks, said, "That doesn't mean every 't' is crossed, every 'i' dotted, but on the major issues we are there."

Republican senators sparred at their closed-door lunch Tuesday, one side arguing against doing anything that would smooth the way for the Democrats' broader bill, according to a person granted anonymity to discuss the private meeting. Others spoke in favor of the bipartisan package.

A recent poll from The Associated Press-NORC found 8 in 10 Americans favor some increased infrastructure spending.

House Democrats have their own transportation bill, which includes much more spending to address rail transit, electric vehicles and other strategies to counter climate change.

At a private meeting of House Democrats on Tuesday, Rep. Peter DeFazio of Oregon, the chairman of the House Transportation and Infrastructure Committee, called the Senate's bipartisan measure complete "crap," according to two Democrats who attended the session and spoke on condition of anonymity to describe it.

House Speaker Nancy Pelosi did not commit to supporting the bipartisan package until she sees the details, but said Wednesday she's "rooting for it."

Pelosi said, "I very much want it to pass."

Senators in the bipartisan group have been huddling privately for weeks. The group includes 10 core negotiators, split evenly between Democrats and Republicans, but has swelled at times to 22.

Transit funding has remained a stubborn dispute, as Republican senators are wary of formalizing what has been a typical formula for the Highway Trust Fund allotting around 80% for highways and 20% for transit.

Most Republican senators come from rural states where highways dominate and public transit is scarce, while Democrats view transit as a priority for cities and a key to easing congesting and fighting climate change. Democrats don't want to see the formula dip below its typical threshold.

Expanding access to broadband. which has become ever more vital for households during the coronavirus pandemic, sparked a new debate. Republicans pushed back against imposing regulations on internet service providers in a program that helps low-income people pay for service.

Sinema said transit and broadband were the remaining issues being finished up Wednesday.

Democrats also have been insisting on a prevailing-wage requirement, not just for existing public works programs but also for building new roads, bridges, broadband and other infrastructure, but it's not clear that will make the final package.

Still unclear is how to pay for the bipartisan package after Democrats rejected a plan to bring in funds by hiking the gas tax drivers pay at the pump and Republicans dashed a plan to boost the IRS to go after tax scofflaws.

Funding could come from repurposing COVID relief aid, reversing a Trump-era pharmaceutical rebate and other streams. It's possible the final deal could run into political trouble if it doesn't pass muster as fully paid for when the Congressional Budget Office assesses the details.

Portman said the package will be "more than paid for."

Meanwhile, Democrats are readying the broader $3.5 trillion package that is being considered under budget rules that allow passage with 51 senators in the split Senate, with Vice President Kamala Harris able to break a tie. It would be paid for by increasing the corporate tax rate and the tax rate on Americans earning more than $400,000 a year.