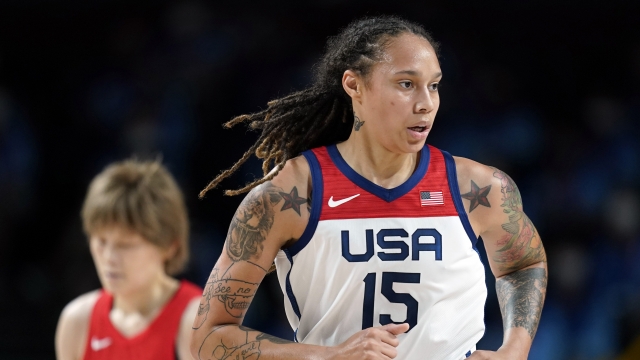 SMS
Russian Media: WNBA Star Brittney Griner's Detention Extended
By Associated Press
By Associated Press
March 17, 2022
According to Russia's Tass news agency. Griner's detention has been extended until May 19 after she was arrested on drug charges at a Moscow airport.

A court near Moscow has extended the detention of WNBA star Brittney Griner until May 19, according to the Russian state news agency Tass. 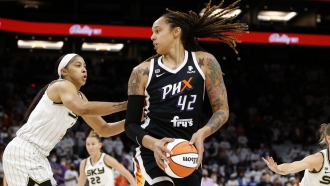 Griner was detained at a Moscow airport, reportedly in mid-February, after Russian authorities said a search of her luggage revealed vape cartridges allegedly containing oil derived from cannabis, which could carry a maximum penalty of 10 years in prison.

The case of the 31-year-old Griner, one of the most recognizable players in women's basketball, comes amid heightened tensions between Washington and Moscow over Russia's invasion of Ukraine.

The U.S. State Department has been “doing everything we can to support Brittney Griner to support her family, and to work with them to do everything we can, to see that she is treated appropriately and to seek her release,” spokesman Ned Price said Tuesday at a briefing. He cited privacy considerations in not giving out more details.

Griner has won two Olympic gold medals with the U.S., a WNBA championship with the Phoenix Mercury and a national championship at Baylor. She is a seven-time All-Star. The WNBA season opens May 6.

Griner has played in Russia for the last seven years in the winter, earning over $1 million per season — more than quadruple her WNBA salary. She last played for her Russian team UMMC Ekaterinburg on Jan. 29 before the league took a two-week break in early February for the FIBA World Cup qualifying tournaments. She was arrested in Moscow upon returning to Russia.

It’s unclear how much progress was being made in the case because Griner’s group has been trying to work quietly for her release and declining to talk publicly since her arrest was made public earlier this month.