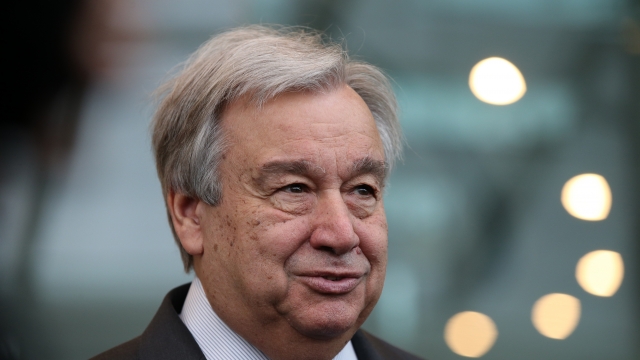 UN Secretary General Antonio Guterres is urging the European Union to increase its projected cut in greenhouse gas emissions by 2030 from 40% to 55%.

In a letter to European Council President Donald Tusk dated May 23, Guterres called on the EU to lead by example in combating climate change, saying an announcement “aiming for a target of 55% reduction in emissions, would send a powerful message.” The letter was revealed by Reuters.

As it stands, the European Union is pledged to its current targets under the Paris Climate Accord, which calls for the EU to decrease greenhouse gas emissions by at least 40% by 2030.

The U.K. also recently announced its own plan to eliminate its net contribution to climate change by 2050, with the aim being to reduce its carbon emissions by 80% in that time.

The letter comes ahead of a planned summit of EU leaders in the next week with the 28 EU Heads of State in attendance.