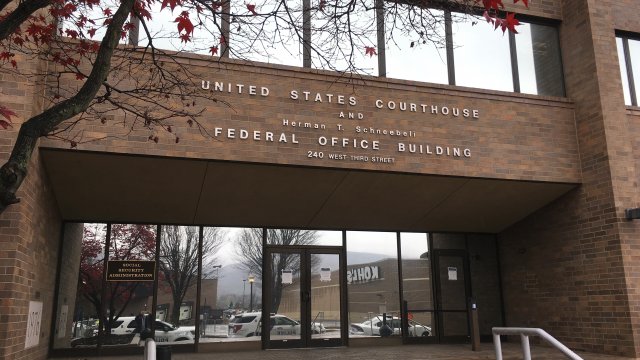 Rudy Giuliani alleged that Republican ballot processing observers were not allowed to be close enough to vote counting tables.

The court ruled observers are only entitled to be in the room and not within a certain distance of the ballots.

It also determined counties have the authority to determine where poll watchers can stand.

And a federal judge in Pennsylvania will consider whether to block Pennsylvania's certification of election results.

The Trump campaign argues counties handled mail-in ballots inconsistently, with some counties, which it describes as "Democratic-heavy," allowing voters to fix mail-in ballots returned without the required secrecy envelopes.

The Trump campaign says those counties should not count those "cured" ballots.

Pennsylvania's secretary of state is asking the judge to dismiss the case.

President-elect Joe Biden has a nearly 70,000 vote edge over President Trump in Pennsylvania.