NTSB Recommends That All States Require Cyclists To Wear Helmets 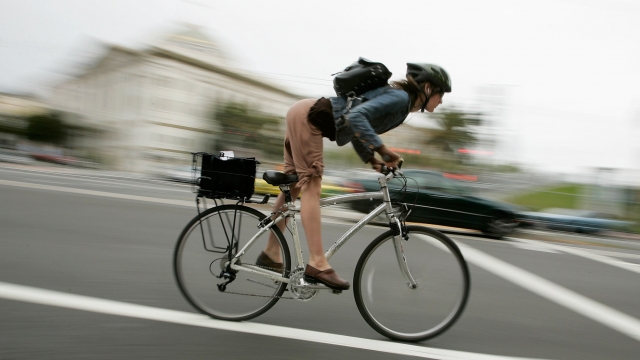 SMS
NTSB Recommends That All States Require Cyclists To Wear Helmets
By Alec Larson
By Alec Larson
November 6, 2019
The National Transportation Safety Board says between 2017 and 2018, cyclist deaths caused by motor vehicles rose by 6.3%.
SHOW TRANSCRIPT

The National Transportation Safety Board has recommended that all 50 states, as well as D.C. and Puerto Rico, require all cyclists to wear helmets.

The NTSB made the recommendation after it found that head injuries are the leading cause of bicycle fatalities, but that less than half of cyclists wear helmets. The agency says using a helmet is the single most effective way to reduce the risk of suffering a serious head injury.

In a news release, NTSB Chairman Robert L. Sumwalt said that an increase in the number of people using bikes to get around means more needs to be done to protect cyclists. He said, "If we do not act to mitigate head injury for more bicyclists, additional bicyclists will die."

According to the Governors Highway Safety Association, no states currently require all cyclists to wear helmets, but several states do have laws requiring helmets for riders under a certain age.