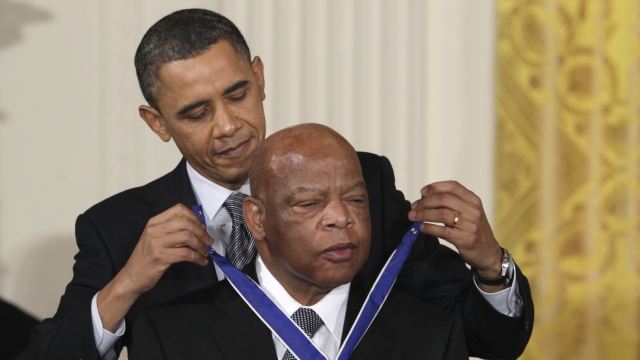 Tomorrow marks one year since the death of civil rights icon and Congressman John Lewis, and there are several events happening to honor him.

Nashville will formally dedicate and rename a downtown street in his honor. "Rep. John Lewis Way" pays tribute to Lewis' fight for civil rights in Nashville, where his decades-long activism began as a college student in the 1960s. Lewis lead several lunch counter sit-ins to protest segregated restaurant counters. He was arrested several times. It's those arrests he eventually would refer to as making "good trouble."

John Lewis' former college will also hold several events this weekend in his honor. American Baptist College in Nashville will host a celebration weekend in coordination with Nashville's First Baptist Church. Weekend activities include the unveiling of a historical marker on John Lewis Way, lessons on Freedom Riders and a memorial celebration.

Also, the christening ceremony for the Navy's U.S.N.S. John Lewis will take place in San Diego at the shipyard where it was built. It's the first of six Navy oiler ships named after Lewis.

Speaker Nancy Pelosi will lead a delegation of House members traveling to San Diego for the event.