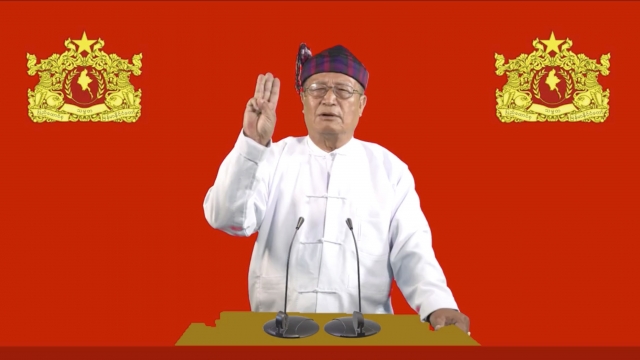 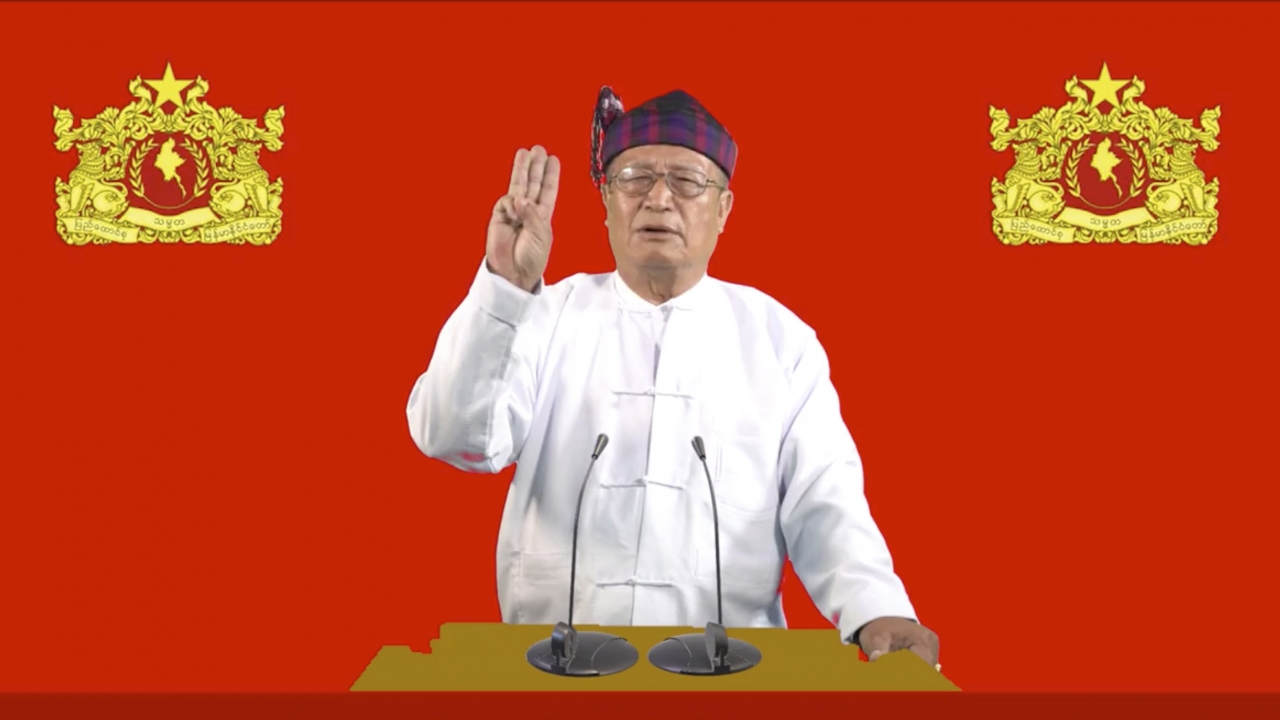 The main underground group coordinating resistance to Myanmar’s military government issued a sweeping call for a nationwide uprising on Tuesday, raising the prospect of spiraling unrest.

The National Unity Government, which views itself as a shadow government, was established by elected legislators who were barred from taking their seats when the military seized power in February.

The group’s acting president Duwa Lashi La declared what he called a "state of emergency” and called for revolt “in every village, town and city in the entire country at the same time.” A video of his speech was posted on Facebook.

Some 1,000 civilians have been killed in the seven months of clashes that followed the army takeover.

A spokesman for the ruling military downplayed the call for renewed protests.

Myanmar has been wracked by unrest since the military ousted the elected government of Aung San Suu Kyi, with initially peaceful demonstrations against the ruling generals morphing into a low-level insurrection in many urban areas after security forces used deadly force.

There has been more serious combat in rural areas, especially in border regions where ethnic minority militias have been engaging in heavy clashes with the government troops.

The shadow government’s prime minister, Mahn Winn Khaing Thann, said in a separate statement posted online that the new move was taken due to “changing circumstances” that required the complete abolition of the ruling military government. He did not elaborate.

The call for an uprising came a week ahead of the convening of the U.N. General Assembly. The National Unity Government is hoping to have the assembly formally recognize Kyaw Moe Tun, who supports the opposition group, as Myanmar’s legitimate envoy to the world body. He had been the official representative of the government previously, but switched his loyalty to the resistance in late February.

“It’s not uncommon for armed resistance forces to seek media attention ahead of a major event,” noted David Mathieson, an independent analyst of Myanmar politics.

“Calls for an armed insurrection, beyond what is already unfolding, will likely evince concern from many U.N. members states”, Mathieson said.

Military spokesman Zaw Min Tun also suggested the call for an uprising was timed to coincide with the U.N. General Assembly's opening.

Mathieson said the call to arms was unlikely to be welcomed by the Association of Southeast Asian Nations, which has been seeking to broker an end to Myanmar’s crisis. The organization's special envoy for Myanmar recently proposed a four-month ceasefire to carry out humanitarian activities.

Duwa Lashi La called on the ethnic militias, some of whom have declared themselves in alliance with the resistance, to “immediately attack” government forces.

There were no immediate signs of heightened resistance activity, though solidarity was expressed online by some student groups and two of the most powerful ethnic armed groups, from the Kokang and Kachin minorities. Fighting was reported in the eastern area controlled by the Karen, the ethnic group perhaps most sympathetic to the resistance.

The National Unity Government is popular inside Myanmar, but its previous statements declaring the military government and its actions invalid and illegal have had little measurable political impact. The group controls no territory or state armed forces, nor has it won any diplomatic recognition from the international community. Members of its shadow cabinet are in hiding inside Myanmar and in exile.

The ethnic armed groups have an ambivalent relationship with the shadow government, which is closely identified with the former civilian government of Suu Kyi. Her ousted administration failed to offer regional minorities the local autonomy they have sought.

Mathieson noted some of the ethnic militias have offered only limited opposition to the army rulers or are “sitting the whole post-coup crisis out.”

Duwa Lashi La's statements, however, appeared to offer confidence in his group's calls for resistance.

He warned people to avoid unnecessary travel, as well as to stock up on food and medicine, ahead of a “people's revolution”.

At one usually quiet supermarket in Yangon, Myanmar’s biggest city, about 60-80 shoppers crowded checkout counters to purchase meat, rice, cooking oils, and other essentials. There were reports of similar scenes in other food stores and open-air markets in the city.

It was not immediately clear if these crowded markets were driven by concerns over further unrest.

In his statement, military spokesman Zaw Min Tun dismissed “rumors” that people should stock up any essential commodities.

Duwa Lashi La also called on people to help the opposition forces where they can, including with information they can gather about the government’s military.

The resistance movement has established “people’s defense forces” in many areas, but these usually carry out small hit-and-run guerrilla operations.

Myanmar's military is one of the largest in Southeast Asia and has a reputation for toughness and brutality from years of jungle warfare. Although many Western nations maintain an arms embargo against Myanmar, the military buys equipment from countries such as Russia, China and Ukraine.

Charlie Thame, a political scientist at Thammasat University in Bangkok, Thailand, told The Associated Press that it would be wrong to underestimate the resistance's strength or popular opposition to what he described as “generations of brutal oppression” by the military.

Mathieson suggested that the country was facing further instability.

“Either way, it portends even greater violence and suffering, regardless of any attainable political gain,” he said.