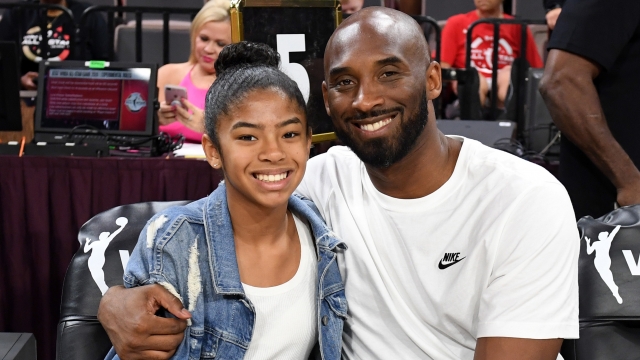 At a press conference, L.A. County Sheriff Alex Villanueva said that the flight manifest listed 9 people onboard the helicopter. Bryant and his 13-year-old daughter, Gianna, have been confirmed among those dead, but Villanueva said they are waiting to identify the pilot and six other passengers.

The Los Angeles County Fire Department said it received a 9-1-1 call about a helicopter crash and a brush fire just before 10 a.m. Pacific Time. Firefighters on the scene reported a quarter-acre brush fire.

Bryant was reportedly on his way to the Mamba Sports Academy in Thousand Oaks, according to the team director for the Lady Mavericks. She says Bryant was expected to coach Gianna and her team at a basketball tournament Sunday.

The Federal Aviation Administration and the National Transportation Safety Board are investigating the crash.