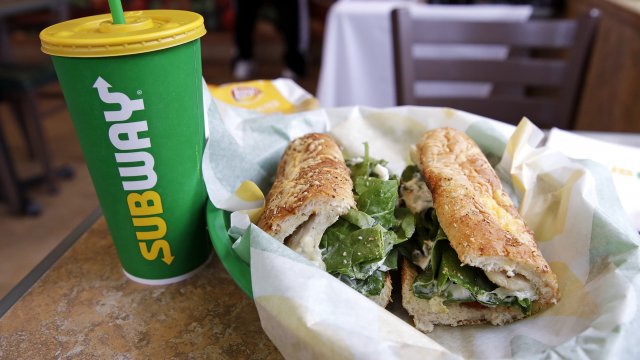 What does Subway serve its sandwiches on?

Ireland’s top court ruled Subway’s bread is actually too sugary to meet the definition of “bread.”

The question made it to the country’s Supreme Court because Ireland offers tax breaks for restaurants that serve food “staples.”

Bread, is among them.

But the sugar and fat levels must fall below a certain limit.

And that’s what the justices found in Ireland.

Subway’s bread recipe is too sugary to meet the legal definition.

One more fun fact about Subway.

As of 2016, the company had franchise locations on more than 600 college campuses.