In Review: The 2021 Hurricane Season 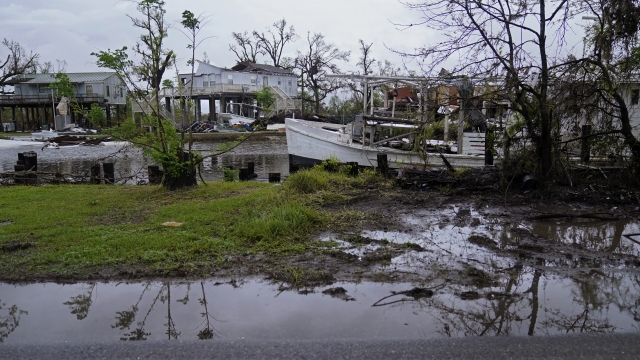 Federal forecasters at NOAA had predicted it would be an above-average season. They were correct.

There were 21 named storms ranging from Ana to Wanda.

Seven became hurricanes and four of those were major hurricanes of Category Three or higher.

It was the third most active year on record based on named storms and the first time ever that back-to-back years used all 21 names on the official list. Unlike in 2020, however, there was no need to use the Greek alphabet.

We got to see the ocean’s surface during a Category Four storm for the first time. An un-manned sailboat drone recorded video of 50-foot waves and 125 mile-per-hour winds.

Four storms caused at least a billion dollars in damages: Tropical Storms Elsa and Fred and Hurricanes Nicholas and Ida.

Hurricane Ida was the most destructive and deadly storm of the season. The extremely dangerous storm made landfall near Port Fourchon, Louisiana, in late September.

It devastated the state’s infrastructure, knocking down electricity transmission towers in New Orleans, flooding neighborhoods and killing 26 people in the state.

Motorists were caught off guard. Crews had to rescue drivers from their cars on flooded interstates.

Residents were trapped in their homes. Police officers tried to save as many as possible, but another 50 people were killed by Ida’s floodwaters.

Ida caused more than 60 billion dollars in damages, one of the five most expensive hurricanes in history.