How Video Games Can Help (Not Hurt) Mental Health 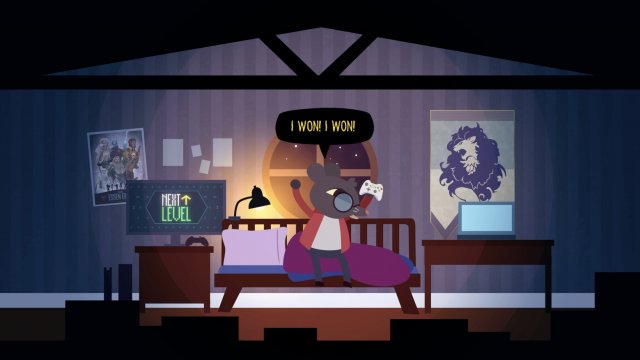 Mental health has become an often-underlooked casualty of these turbulent times.

Reports of anxiety and depression among U.S. adults have spiked nearly threefold since the coronavirus pandemic lockdowns began, and amid the chaos, more and more people have been playing video games while cooped up indoors — the industry's estimated to have brought in revenue of almost $180 billion over 2020, making it gaming's biggest year ever.

But games aren't just idle amusements. Many players find that their sense of control and freedom — even in the darkest days of the pandemic — make video games a helpful tool in keeping up their mental health.

Mental health has been a fraught subject for video games in the past. An addiction to video games, like many things, isn't healthy — and has even been codified as a disorder by the World Health Organization.

But after decades of contested research, there's still a lot of unanswered questions about how video games actually affect human behavior, and as the hobby grows larger and encompasses more people, researchers and creators alike have shifted focus to explore how games can benefit the people playing them.

Dr. Rachel Kowert is the Research Director of Take This, a non-profit group which examines video games from a mental health perspective.

Meeting those needs can be tricky in real life — especially during a global pandemic. But games can offer the same types of rewards for much little effort. It's much easier to achieve your goals and socialize with friends in popular pandemic staple

"Animal Crossing: New Horizons" than it is in the real world right now.

"Those are basic psychological motivations that we all have that we all need," Dr. Kowert said. "Well-designed games can tick all three of those boxes, especially now when they're not being ticked."

Any well-crafted game played in moderation can help fulfill these psychological drives — even though most games aren't designed around mental wellness.

But there are a handful of games that are starting to examine mental health concerns through the lens of gameplay. Certain games explore different mental states through their mechanics.

Exploration game "Spiritfarer" meditates on death and grief by having the player build customized houses for their companions. The buildings you construct remain behind after those characters pass on, constant reminders of both their life and death.

Frenetic platformer "Celeste" also focuses heavily on grappling with anxiety and depression. At certain points, the game forces players to slow down and meditate on keeping a gently floating feather aloft, simulating the main character's efforts to calm herself in the midst of an anxiety attack. These mechanics can grant players who aren't suffering from these conditions a sense of empathy and understanding of how those conditions function. They can also create a sense of empowerment with players who do see themselves in the game’s challenges. They demonstrate how games can talk about mental health through their gameplay alone.

Other games opt for a more direct approach when talking about mental health.

"Eliza" is a 2019 game about a therapy robot that works through human proxies. The game's writer, Matthew Seiji Burns, says video games offer him a range of storytelling tools other media lack.

"We can explore things from lots of different angles, and really create entire worlds with the things that we can do in game today," Burns said.

Unlike a lot of other games that tackle similar themes, "Eliza" doesn't give players much control: your character mostly just sticks to the computerized script, even when it's clearly not helping.

It's easy to read "Eliza" as a critique of the limitations video games and other technologies face. Without a true human connection, it's tough for any piece of media to stand in for actual therapeutic assistance. But Eliza isn't all doom and gloom about tech's role in mental health.

Burns says the game is an indication of how the tech world should approach the subject: optimistic, but with a clear view of their limits.

"I think that's a very real hope that these kinds of things can help," Burns said. "And that sometimes just talking to someone really does help you get through your day. As long as that tool is respectful of you as a person and doesn't just harvest your data, than I think it can be a very positive thing."

How Social Media Has Fueled The 'Clean Eating' Movement

The CDC Is Restructuring Its Agency Amid Public Criticism

Rescue Me: Pets, Adoption And The Challenges Shelters Face