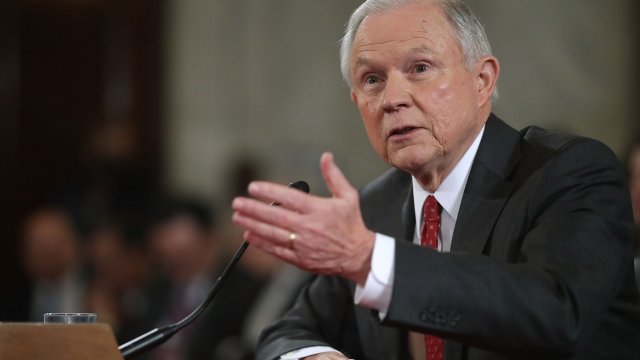 In a letter to the House Judiciary Committee chair, the panel's Democrats are calling for emergency hearings to look into the move.

They claim it was an attempt by the president to undermine special counsel Robert Mueller's investigation into Russian election interference in 2016.

In addition to the hearings, the Democrats are asking to pass bipartisan legislation that would protect Mueller and the Russia investigation.

Trump has long been clear about his disapproval of the probe. And his pick for acting attorney general, Matthew Whitaker, appears to feel the same way — he said in a 2017 op-ed the investigation was "going too far."

A separate letter from the same group of lawmakers called on Whitaker to recuse himself and keep the Mueller investigation under Deputy Attorney General Rod Rosenstein's supervision.

So far, the panel's chair hasn't responded to the requests.

Cory Booker Drops Out Of The Presidential Race

Impeachment Trial May Focus On Chief Justice's Role As 'Umpire'

What The Fact: Iran Attack Misinformation

Mississippi DA In Curtis Flowers Case Recuses Himself After 6 Trials

McConnell Says He Has The Votes To Pass Impeachment Trial Rules

These Students Are Getting Paid To Read Propaganda