Head Of FAA Testifies Before Senate Committee After Investigation 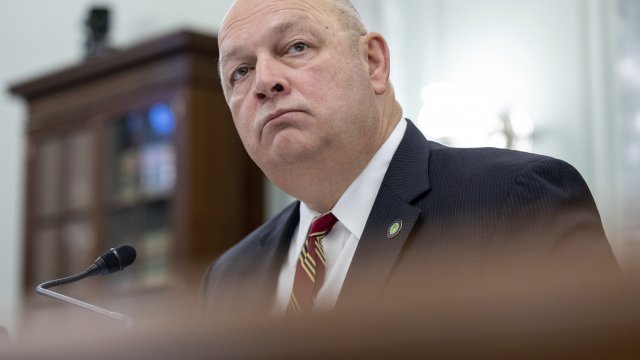 SMS
Head Of FAA Testifies Before Senate Committee After Investigation
By James Packard
By James Packard
November 4, 2021
The FAA is accused of letting American Airlines off the hook on critical maintenance procedures.
SHOW TRANSCRIPT

Amid the chaos of vaccine mandates and an airline industry struggling to rebound from a pandemic that crippled its business, the FAA is accused of letting American Airlines off the hook on critical maintenance procedures.

"The FAA was not doing its job," said Dennis Tajer, a captain for American and a spokesperson for its pilots union, Allied Pilots Association.

"Equally as concerning for us, it showed that American Airlines, on the maintenance side, the managers who handle that, were not taking on proper fixes," Tajer said.

The Transportation Department's inspector general says the FAA took American at its word on what caused maintenance oversights, without finding the true root cause, and didn't verify whether American was actually meeting federal safety standards.

"If we leave it unchecked, it could lead to deadly consequences for flight crews and passengers alike," said Sen. Tammy Duckworth. "The issues that you're bringing up are not acceptable, and we need to do better," Dickson said at the hearing.

The FAA tells Newsy it's working on addressing the issues.

American Airlines told us it welcomes the report and is working with the FAA to fix the problems.

JAMES PACKARD: Do you see a trend here?

DENNIS TAJER: Absolutely. The good news is the trend is being exposed where the weaknesses are. This too-cozy relationship or this more lax oversight of the airline industry by the FAA is a trend that has got to stop.

The fresh concern as pilots are facing an unprecedented level of pressure in the cockpit.

Southwest's pilots union told its members the number of pilots pulled from flights for being too tired to fly tripled at the start of last month.

As vaccine mandate deadlines approach, pilots are caught up in a debate that's become all too political.

Unruly passenger reports are still at historic highs. The FAA reports a jaw-dropping spike in reports this year. And while the rate of those incidents has dropped as airlines have started flying more, it's still historically high.

But Newsy has previously reported that the number of cases in which passengers actually pay a fine are few.

"We're demanding that the Department of Justice take on criminal proceedings for these cases," said Tajer.

All of this on the doorstep of the busy holiday travel season, when strain on airlines and their crews only intensifies.

"It's a natural business tendency to look at, Hey, let's try to do this at a lesser cost," Tajer said. "But you have to be very careful because that obsession to cut costs at all costs can really undermine what should be the primary obsession, and that is safety."

Restaurants: Whiplash Of COVID-19 Surges Driving Them Into The Ground

Quarterly Reports To Show How Companies Are Handling Inflation, COVID

The Robots That Are Coming For Our Jobs