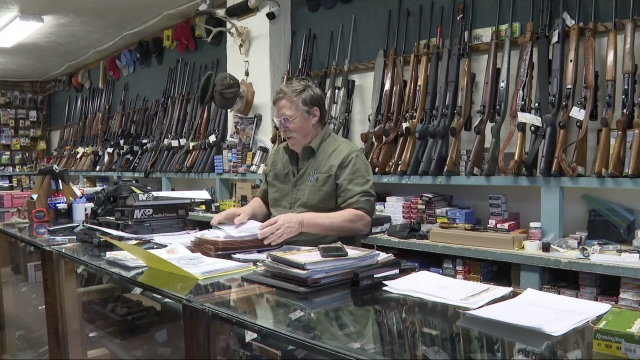 The FBI processed a record high number of gun background checks in March — nearly 4.7 million in one month. The agency is able to make an immediate determination about 90% of the time, but what happens when it can't?

The FBI says results are most commonly delayed when NICS has an incomplete criminal history. The missing information means employees need to hunt down the relevant details before they can determine whether the applicant is allowed to have a gun. And sometimes that process takes more than three days.

If the background check eventually results in a denial, but that person already purchased a firearm, the FBI passes the case to the Bureau of Alcohol, Tobacco, Firearms and Explosives as a "firearm retrieval referral." In 2019, nearly 3,000 people who should have been prohibited from buying a gun were able to do so because their 3-day waiting period expired. The ATF told Newsy they act on every single referral, and firearms are usually recovered within a week.

The House of Representatives has passed a bill to extend that 3-day approval window to 20 days. That proposal is awaiting Senate action, and Democratic Sen. Mark Warner says the three-week window will likely need to be shortened to garner enough support to pass.

"There ought to be a rational way that we can figure out if someone has been advocating violence, advocating a race or advocating, you know, overthrow of the government in a violent way. I mean, that's a rational thing that we ought to have knowledge of before we give that person, particularly an assault weapon," said Warner.