Voters in Guatemala Go To Polls In Contentious Presidential Election 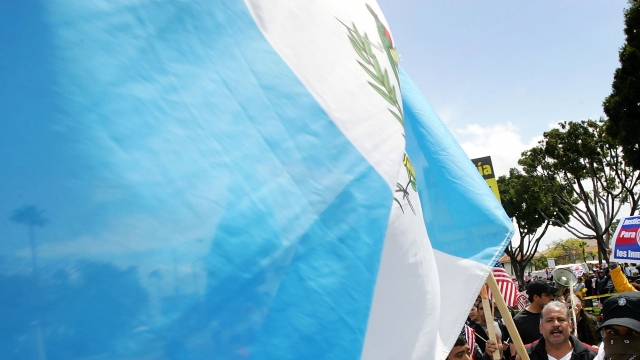 SMS
Voters in Guatemala Go To Polls In Contentious Presidential Election
By Alec Larson
By Alec Larson
June 16, 2019
Guatemalan ​voters will be choosing between 19 different candidates, with the winner needing an absolute majority to be elected.
SHOW TRANSCRIPT

Citizens of Guatemala are going to the polls to vote on the country's next President after a widely contentious electoral process.

In voting Sunday, Guatemalans were choosing between 19 different candidates, with the winner needing an absolute majority to be elected. If there is no majority, there will be an August runoff election between the top two vote getters.

The current election marks the first time that Guatemalans will be able to cast ballots from outside of the country. There are currently over 60,000 eligible voters in the United States.

The build up to the election has been marked by a series of court rulings and allegations of malfeasance, which led to two of the leading candidates to end their campaigns.

Guatemalans have become used to government malfeasance in recent history. Three of the country's last four presidents have been charged with corruption post-presidency, with sitting President Jimmy Morales currently being dogged by allegations of graft.