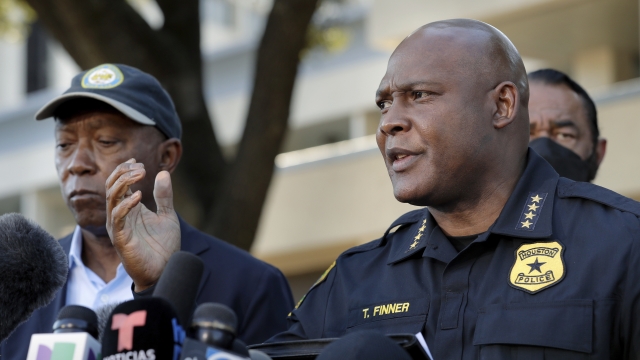 Houston police chief Troy Finner said Wednesday the responsibility to end a concert lies on "the production and the entertainer...through communication with public safety officials." 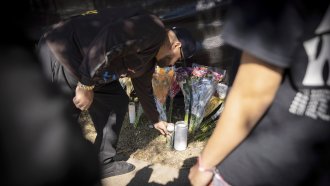 He refused to say if rapper Travis Scott and his team were the focus of a criminal investigation after a crowd rushed the stage during his performance at the 2021 Astroworld festival Friday night.

At least eight people died and a 9-year-old boy who attended the concert with his father is in a medically induced coma after sustaining injuries to his heart, lungs and brain.

Asked if he had a "special relationship" with the rapper, Finner said he had only met him twice.

"If you call meeting him twice a 'special relationship', and I'm not being smart, I just want to be open and transparent. That's not a close relationship to me. I've only spoken to him twice," he said. 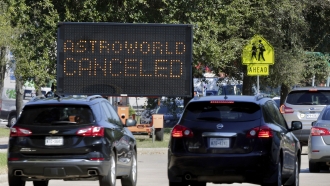 Investigators: No Emergency Plan For Crowd Surge At Astroworld

Emergency plans for the Astroworld music festival did not include protocols for dangerous crowd surges like the one that unfolded during the rush to see Scott, who founded the festival.

More than 20 lawsuits have been filed, accusing organizers of failing to implement simple crowd-control measures or staff properly. Those being sued include Scott, Live Nation, and rapper Drake, who performed with Scott.

About 530 Houston police officers worked the festival, more than twice as many as when the festival was last held in 2019, according to Finner. He said Live Nation, the promoter of the event, and other organizers had not provided "good records" about the number of private security personnel working inside.

It was Live Nation's role to secure two mosh pits directly in front of the stage where Scott performed, Finner said.

But he repeatedly cautioned that the investigation was still in the early stages and said he would not "cast blame on any organization." He also said there was no evidence that a security guard near the crowd had unknowingly received an injection during the show, despite reports.