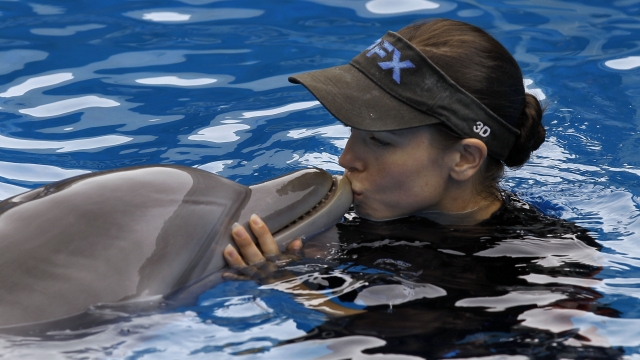 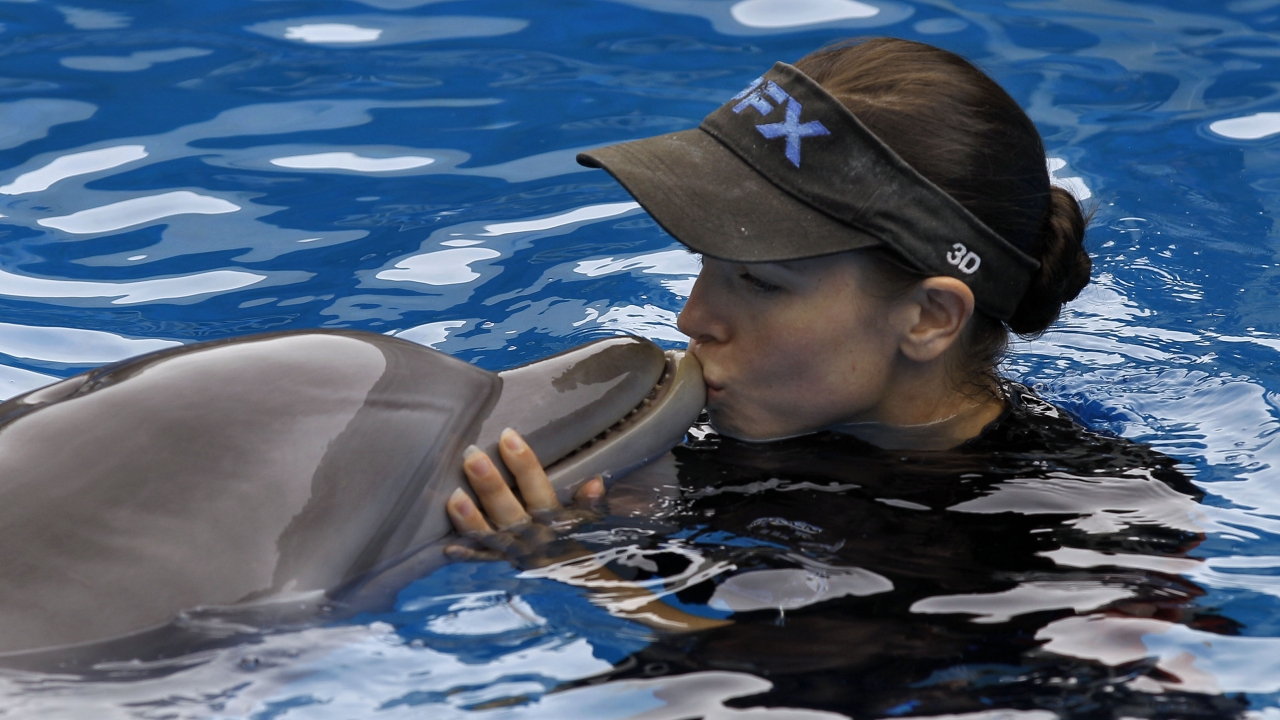 Amy Carmichael lives more than 4,000 miles from the Florida aquarium that housed Winter, the "Dolphin Tale" movie star with a prosthetic tail that died this week at 16. But Carmichael, who has successfully fought leukemia much of her life, felt a strong bond.

"It's not just a dolphin, it's a special dolphin," Carmichael, 17, said by phone from her home in Stonehouse, Scotland, on Friday. "She was rescued and had to battle through. I think that made me feel like I can do that. I was battling through, too."

Like many people with illnesses and disabilities, Carmichael got to meet Winter a few years ago at the bottlenose dolphin's home in the Clearwater Marine Aquarium on Florida's Gulf Coast. Those trips inspired people from autistic children to soldiers with missing limbs before Winter died Thursday of a gastrointestinal ailment, saddening fans around the world.

"Winter was an extraordinary creature. She inspired millions of people all over the world with her courage, her fortitude and her joy," said Andrew Kosove and Broderick Johnson, producers of the 2011 film "Dolphin Tale" that told the story of Winter's recovery from an amputated tail — it had been entangled in a crab trap rope, cutting circulation — through unprecedented use of a prosthetic one.

"She may no longer be with us in body, but her indomitable spirit will continue on through the lives of all those that she touched," said a statement from the two producers, who run Alcon Entertainment.

The film put the non-profit aquarium, first opened in 1972 on the site of a former water treatment plant, on the map internationally. The facility, which also operates sea turtle and manatee rescue programs, recently completed an $80 million renovation that includes a large new dolphin tank — largely because of the crowds drawn by Winter.

Angelina, who was born with a heart defect that required multiple surgeries, an extremely rare chromosome disorder and autism, saw the movie during a hospital stay.

"It touched her like we've never seen. She just became so inspired by Winter. That's all she talked about," said her mother, Laura Bongiovanni.

Once she got out of the hospital, Angelina kept asking to go see Winter at the aquarium. The family planned a trip to Clearwater and Angelina was "overjoyed," her mother said. "She was talking to her, she was interacting with her."

It was not easy for Winter to get to that point.

Shortly after the dolphin arrived after her 2005 rescue, the aquarium began working with Hanger Clinic, the nation's largest provider of prosthetic limbs, to create her tail. While Winter might have survived without one, using her side flippers to swim, that would have led to skeletal misalignment and other health issues.

Kevin Carroll, Hanger's vice president of prosthetics, said a major obstacle was attaching the tail without damaging Winter's skin. That's sometimes a problem for humans who wear prosthetics and is even more acute in dolphins, which have skin so thin that it can be cut with a fingernail, Carroll said.

Through trial and error, Carroll's group created a soft silicone-like sleeve, now marketed as WintersGel. The prosthetic tail then slid snugly over the sleeve. Such sleeves are now used for human prosthetics and have all but eliminated skin sores, he said.

"She was a fantastic patient — very accepting," Carroll said.

Winter died about 8 p.m. Thursday while being held by animal care experts who were preparing the dolphin for a procedure to deal with her intestinal problems, according to a Clearwater Aquarium statement. The facility was closed Friday, in part to mourn the loss of its most famous resident. But it will reopen Saturday.

A memorial service is set for Nov. 20 to honor Winter. The aquarium's president, James Powell, said no other animals at the aquarium were ill including Hope, another rescued dolphin who appeared with Winter in "Dolphin Tale 2."

No animal will quite replace Winter, Powell said.

"The world is so sad to have lost an animal ambassador that has inspired us all," Powell said. "I get teary-eyed all the time seeing the way she has changed people's lives. The response has been overwhelming. It's very touching."