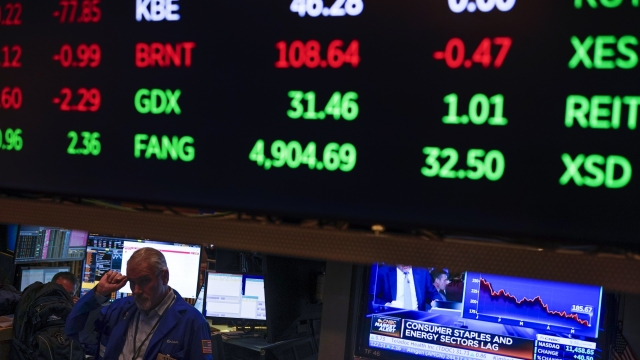 Whether it’s the cost of rent, gas or your groceries ...

"It's (gas) getting a little pricey for my budget," said Virginia resident Tessa Moore.

"I don't buy what I used to buy. I watch what I make to see if it'll last a couple meals," said Kentucky resident Annie Sexton.

Consumers across the country are changing their daily living habits after experiencing the highest inflation in decades.

“I will make sure I do one trip, like I won't go back and forth to many stores to save gas,” said Ohio resident Tiffany Benco.

A new survey by CBS News and YouGov, shows Americans view inflation as the top problem facing the country today, as talk of a looming recession continues to dominate headlines.

Sunday on CNN, White House Economic Adviser Brian Deese stopped short of ruling out a recession, as the federal reserve combats inflation, saying the Central Bank needs space to do its job.

“Our economy is in a transition from what has been the strongest recovery in modern American history, to what can be a period of more stable and resilient growth that works better for families," said Deese.

An expert with PNC Financial Group telling Newsy, there are positive economic indicators to consider as well.

“Job growth is good, consumers continue to spend, consumer spending makes up about two-thirds of the overall U.S, economy— businesses are investing and so we do not expect to see a recession this year,” said Gus Faucher, a Senior vice president and Chief Economist of PNC Financial Services Group.

Members of the Fed, tasked with getting inflation from 8.3% down to around 2%, are now raising interest rates in an attempt to cool the economy. Faucher says this could trigger a recession down the line.

“If we start to see job growth slow significantly, businesses are more cautious in their hiring, if we start to see consumers are starting to pull back on their spending, that’s a concern—but we don’t see any of that in the economy right now,” said Faucher.

According to a recent Bloomberg survey of 37 economists, when asked about the threat of a recession they pegged the probability at 30%, double the odds from 3 months ago. Former Goldman Sachs CEO Lloyd Blankfein on CBS’ Face the Nation last weekend said Americans should be prepared.

Federal reserve Chairman Jerome Powell recently said getting inflation down to about 2% could “involve some pain.”

We know the rising inflation has triggered anxiety among many consumers, experts recommend paying down debt, especially from high-interest credit cards.

Also building up an emergency savings now, if you can, just in preparation for whatever comes next.