Dutch Doctor Helps Americans Who Want Abortions And Can't Get Them 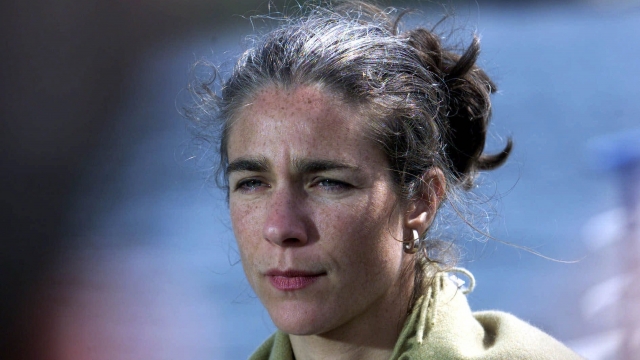 SMS
Dutch Doctor Helps Americans Who Want Abortions And Can't Get Them
By Ben Schamisso
By Ben Schamisso
June 21, 2022
Through her website Aid Access, people can order abortion pills, even in places that restrict them.

For years, abortion providers have been gearing up for what America may look like after Roe v. Wade.

Now with the reversal possibly right around the corner, there’s one woman quickly becoming one of the most important providers in the country, even though she lives thousands of miles away.

“We have been helping hundreds of thousands of women all over the world," said Dr. Rebecca Gomperts, founder of Aid Access.

For over 20 years, dutch doctor Rebecca Gomperts has been helping women worldwide get abortions in places where it is illegal.

In 2014, the documentary “Vessel” documented her efforts to provide abortions on ships in offshore waters near countries like Ireland, Poland, Morocco and Guatemala. Since 2018, she’s been assisting tens of thousands of women in the U.S., too — this time through her website aid access.

Using the site, Americans can order abortion pills — mifepristone and misoprostol — after consulting with a remote physician.

The delivery system works even in the 19 states that restrict abortion pills by mail, also known as telehealth abortion. In many of those states, Aid Access is the only provider offering the service.

Dr. Gomperts shared how the likely reversal of Roe would impact her and her organization.

NEWSY'S BEN SCHAMISSO: Don't you think women would be scared to use your services?

DR. REBECCA GOMPERTS: So most states don't criminalize the women that do the abortions, so they cannot be prosecuted. That said, the other risk is that women will be scared to see a first aid or a doctor in case they might have a complication. And that is why Aid Access always tells women, 'Don't say to anybody that you took the abortion pills, but just say that you had a miscarriage.'"

Based in Austria and shipping drugs from India, Aid Access is beyond the reach of American law enforcement.

SCHAMISSO: You are in the Netherlands, but do you still feel that your organization is taking a risk and is doing something that in certain states is considered illegal? And how do you deal with it?

GOMPERTS: I am a medical doctor, and I have an obligation and a medical oath that I will support people that are in medical need. And so my conscience is bigger than my fear, I guess.

Abortions by pill have grown exponentially over the last 20 years, accounting for more than half of pregnancy terminations in the U.S. in 2020. The two-drug procedure is considered safe and effective for women up to 10 weeks pregnant.

“I think that it's really important that people, even if they don't have money, that they can still access an abortion service because it's so important for the future of the women and also the future of their families," Dr. Gomperts said. "That is also what is the problem with these laws. It is never affecting the women with money and with resources and with access to education. It's always harming and affecting the most vulnerable people out there."

Dr. Gomperts says abortion pills are the future of reproductive health, especially in places where access to surgical abortion is limited because of laws or other factors.

In Ukraine, for example, Dr. Gomperts says her other organization, Women on Web, has been very active.

"Women on Web has been very involved in making sure that women in Ukraine can get access to abortion pills as well because of the rape that has been happening," Dr. Gomperts said. "I think that is why the abortion pills are so important, because it makes it possible to take matters in our own hands.”

Aid Access is the only service openly allowing Americans to stock up on abortion pills for the future.

“It's like preventive medicine," Dr. Gomperts said. "It's what people do when they travel. You know, you bring some antibiotics and painkillers with you to make sure that if you get ill, that you can that you have the things that you need to treat yourself.”

“We're in this together, and we fight this together," she said. "All the abortion providers, all the women's rights organizations, but also friends, family partners that are helping women to get access to abortion.”