Disney in Balancing Act as Some Workers Walk Out in Protest 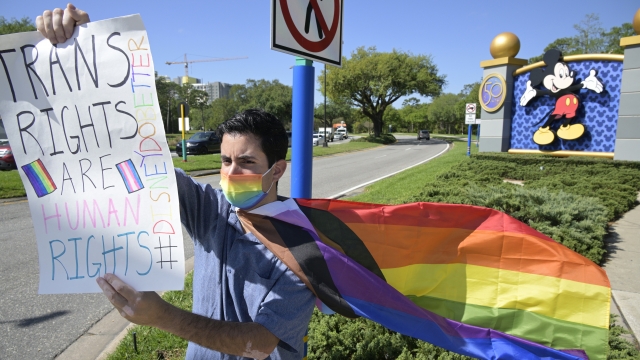 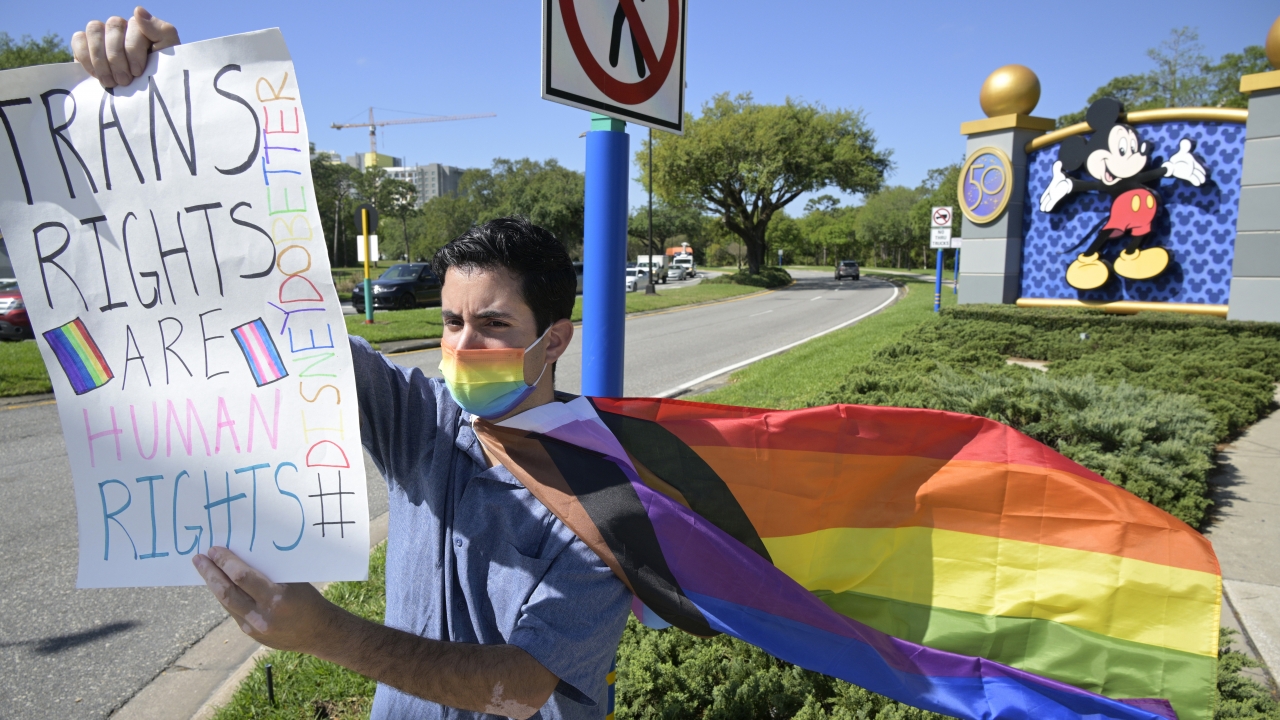 With some workers across the U.S. threatening a walkout Tuesday, The Walt Disney Co. finds itself in a balancing act between the expectations of a diverse workforce and demands from an increasingly polarized, politicized marketplace.

On the one side are LGBTQ advocates and Disney employees calling for a walkout in protest of CEO Bob Chapek's slow response in publicly criticizing Florida legislation that opponents dubbed as the "Don't Say Gay" bill. The legislation awaiting the governor's signature bars instruction on sexual orientation or gender identity in kindergarten through third grade.

On the other are politicians like Republican Gov. Ron DeSantis, who accuse the entertainment conglomerate of bending to cancel culture after a Disney decision to temporarily suspend political contributions in the state. DeSantis, who has been tacking toward the Republican base on culture war issues, is seen as a 2024 presidential hopeful.

According to a Disney official, there had been no interruptions in any operations as of Tuesday midday. Disney employed 190,000 workers last October, with roughly three-quarters working in its theme parks division.

It was unclear how many employees would walk out, or what might happen to those who do. Union leaders for the tens of thousands of unionized workers at Disney theme parks in Florida and California said they saw no walkout momentum among their members, advising them not to do so because it would defy contractual obligations. Organizers said they expected some participation from production, marketing, IT and other nonunionized jobs.

"I don't want to downplay anyone's efforts, if someone feels what they are doing is the right way to make an impact," said Eric Clinton, president of Unite Here! Local 362, which represents custodians, housekeepers and other Walt Disney World theme park workers. "We aren't part of that. It would violate our contract if members of our union participated, though we are concerned about the issue, of course."

Evan Power, Leon County's Republican Party chairman, said he believes a strident minority of Disney employees are pushing the issue, and DeSantis has more to gain by taking the side of parents who want more control over education and "sexual conversations" in early grades at school.

Workers participating in the walkout planned to meet up at locations in Orlando; New York City; and Anaheim and Burbank, California, where the company is headquartered.

A half-dozen Disney workers gathered Tuesday morning at an LGBTQ center near downtown Orlando to write letters in support of queer students. "You're Amazing. You Matter and We Care" and "It Gets Better," the letters read, next to a drawing of a rainbow.

"We are creators, and we felt that we could be creative and productive and write letters of encouragement to LGBTQ youth," said Gabe, a Walt Disney World product development manager who didn't want his last name used for fear of having his privacy invaded.

In a Tuesday Facebook post, Disney wrote that the company opposes "any legislation that infringes on basic human rights" and stands "in solidarity" with LGBTQ employees "who make their voices heard today and every day."

Disney, whose movies and properties shaped generations of children around the world, has spoken out several times in recent years about contentious social and political situations.

It was among U.S. companies that in January 2021 said it would suspend political donations to lawmakers who voted against certifying President Joe Biden's electoral victory. It also spoke out early against a 2016 anti-gay bill in Georgia, threatening to pull its business from the state, which has become a favorite of movie and TV studios. The bill was vetoed by Georgia's then-governor.

This time, Chapek, who became CEO in 2020, has drawn fire for speaking out about the gender identity bill only after it passed the Florida Legislature.

Republican lawmakers pushing the Florida legislation had argued that parents, not teachers, should be the ones talking to their children about gender issues during their early formative years. The legislation attracted scrutiny from President Biden, who called it "hateful," as well as other Democrats arguing it demonizes LGBTQ people. It has been sent to DeSantis, who is expected to sign it into law.

Chapek has apologized for not coming out more forcefully and publicly against the bill, saying Disney officials worked behind the scenes to stop it. Chapek also announced a pause to political donations in Florida and support for advocacy groups fighting similar legislation in other states, reiterating those points during a company-wide discussion Monday.

"Where was Chapek when the bill was introduced?" said Maldonado, who had a day off from his merchandising job at an Orlando Disney store and, while disappointed with Chapek's initial response, said he felt Disney's leaders were beginning to hear the concerns of the company's workers. "My thoughts are, it's completely shameful and upsetting to cast members."

Disney has long been influential in Florida politics, tending to support Republicans who have been in control of Tallahassee, the state capital, for two decades, but also being more open on social issues, said Patricia Campos-Medina, co-director of the Worker Institute at Cornell University. "That's why people felt surprised that they wanted to stay quiet on this issue," she said.

A group calling for the walkout said on its website that, until the legislation is repealed, Disney leaders need to stop investments in Florida, including the relocation of 2,000 mostly professional jobs from its California headquarters to Orlando. They also say Disney needs to develop an LGBTQ brand similar to the Onyx Collective, an initiative aimed at developing content by and for people of color.

Power, the Tallahassee GOP official, said he's confident that Disney and Florida Republicans will get past this flashpoint and restore their relationship.

"It's good that we're pushing back, because the purpose of a publicly traded company is not to push an agenda," Power said. "The people at Disney know they need to work with the Legislature and the governor, and they'll come back around."