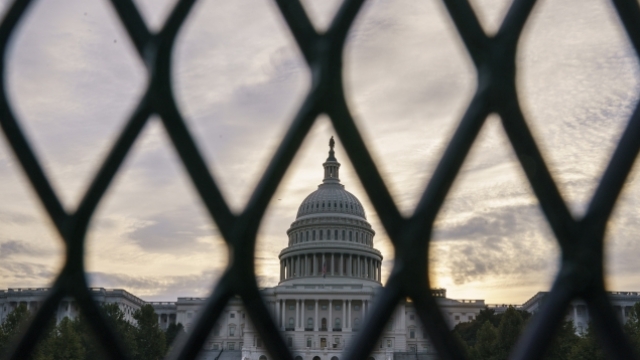 SMS
DHS Warns Of Potential Violence Around D.C. Rally
By Newsy Staff
By Newsy Staff
September 17, 2021
About 700 people are expected to attend the "Justice for J-6" rally.
SHOW TRANSCRIPT

The Department of Homeland Security says it's aware of a "small number of recent online threats of violence" connected to Saturday's far-right rally in Washington, D.C.

Its local director said no one wants a repeat of the January 6th insurrection when thousands of rioters stormed the Capitol.

"We do not tolerate hate, violence, or the criminal actions of those who committed the insurrection on January 6th," said director Christopher Rodriguez.

About 700 people are expected to attend the "Justice for J-6" rally in support of the protesters who were arrested after attacking the U.S. Capitol back in January.

As a precautionary measure, temporary fencing has been reinstalled and police have requested that national guard troops remain on standby.