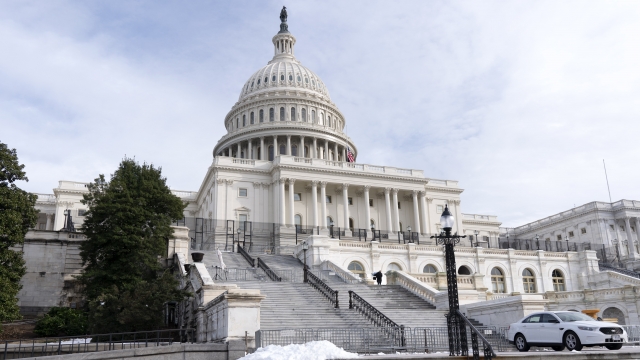 A new year means a new election cycle. The 2022 midterm elections are now less than 11 months away, meaning all 435 seats in the House of Representatives and 34 seats in the U.S. Senate are back up for grabs.

Democrats control a narrow majority of votes in both chambers, making the chances of one or both houses flipping control all the more likely.

Sen. Rick Scott serves as the chairman of the Senate Republicans' campaign wing. Republicans need to flip just one seat to win control of the upper chamber.

"We have to defend 20 seats and pick up at least one," he said. "We'll be defending in North Carolina and Pennsylvania and Ohio and Wisconsin. And I think we have a very good opportunity to pick up seats in Georgia and Nevada, Arizona, in New Hampshire and maybe others."

The last two presidents — Donald Trump and Barack Obama — saw their majorities in Congress evaporate during their first midterm elections, which is a time when voters historically look for a change of the status quo.

But in 2022, Democrats up for reelection face an even steeper uphill battle as the 2020 census kicked off the reallocation of the 435 House seats in a once-in-a-decade process known as redistricting.

In many states, new lines have been drawn by Republican-controlled state Houses.

Those redrawn districts are generally favorable to Republicans, meaning Democrats could see their margins shrink in the midterms.

A wave of retirements will also be a factor.

Five Senate Republicans and one Senate Democrat are calling it quits.

But in the House, 12 Republicans and a staggering more than two dozen Democrats are retiring or seeking other elected office, including powerful committee chairs, according to Ballotpedia.

Republicans say that's a clear sign Democrats know their days in the majority are numbered.

Then there's the Trump factor.

The former president is already looming large in the midterms, pledging to defeat incumbent Republicans who have not been sufficiently loyal to his false claims of election fraud in 2020.

But with so many key Democrats calling it quits, new congressional maps across the country and President Biden's low approval ratings, Democrats losing the House is seen by many as inevitable.