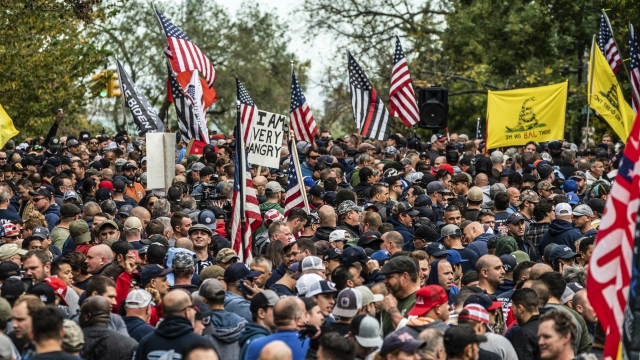 The start of the weekend means uncertainty for New York City on Monday morning.

"If you're a city worker, you need to be vaccinated," Mayor Bill de Blasio said. "We are here to keep you safe, so you can keep everyone else safe."

City employees had a 5 p.m. Friday deadline to show proof of at least one COVID-19 vaccine dose, something nearly a fourth of city employees — tens of thousands of workers – still hadn't done as of Thursday.

"Eliminating test-out options, forcing us to make a life-changing decision — for so many of us — to either take a shot or lose our careers we worked so hard for," she said.

It's a flash point in other communities across the country — places like Los Angeles and Tucson, now requiring city employees to be vaccinated by Dec. 1 or face termination.

"It's not just, 'Gee, my liberties — I shouldn't have to get a vaccination.' It's 'Gee, your liberties are affecting the health of other people,'" said Tucson city council member Steve Kozachik.

And Chicago, where nearly 30 police officers are going without pay because they refuse to show proof of being vaccinated. There is an option for twice-weekly testing with the cost coming out of their own pockets.

"Folks, vaccination requirements work and there's nothing new about it. They've been around for decades," he said. "We've been living with these requirements throughout our lives. Students, health care professionals, our troops have been required to see vaccination for everything from polio to measles to mumps to rubella. And the reason most people in America don't worry about polio, measles, mumps, rubella is because they've been vaccinated."

Montana was the first state in the country to pass a law banning employers from requiring any vaccines — including hospitals. That law now faces two legal challenges.

Back in New York, Mayor de Blasio says he has a plan to deal with staffing shortages through overtime and extra shifts.

"My goal is to end the COVID-era once and for all," he said. "It can be done, but only if we keep pressing on."

He's also offering an additional $500 incentive to city employees who get the first dose hoping it will spur these city workers to get the jab this weekend.