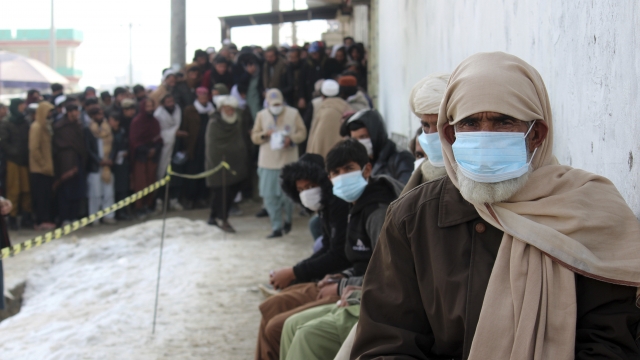 The Taliban's sweep to power in Afghanistan in August drove billions of dollars in international assistance out of the country and sent an already dirt-poor nation, ravaged by war, drought and floods, spiraling toward a humanitarian catastrophe.

But in recent weeks it is the bitter winter cold that is devastating the most vulnerable and has international aid organizations scrambling to save millions from starving or freezing because they have neither food nor fuel. For the poorest the only heat or means of cooking is with the coal or wood they can scrounge from the snowy streets or that they receive from aid groups.

“The extent of the problem now in Afghanistan for people is dire,” said Shelley Thakral, spokeswoman for the World Food Program in Afghanistan. "We’re calling this a race against time."

The cost of the humanitarian effort is staggering. Thakral said the WFP alone will need $2.6 billion this year.

It's estimated that roughly 90% of Afghanistan's 38 million people are dependent on aid, and the U.N. says nearly 3 million are displaced in their own country, driven from their homes by drought, war and famine.

Taliban representatives demand that nearly $10 billion frozen by the United States and other Western countries be released as Afghanistan faces a precarious humanitarian situation.