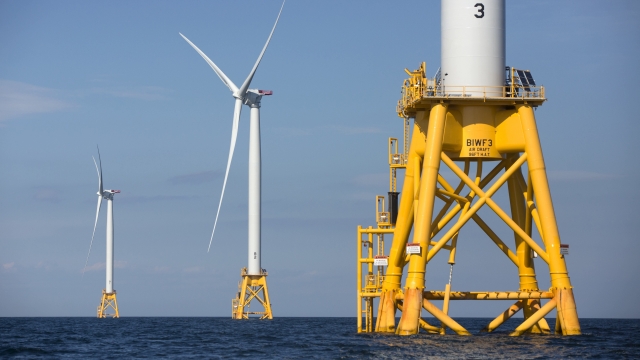 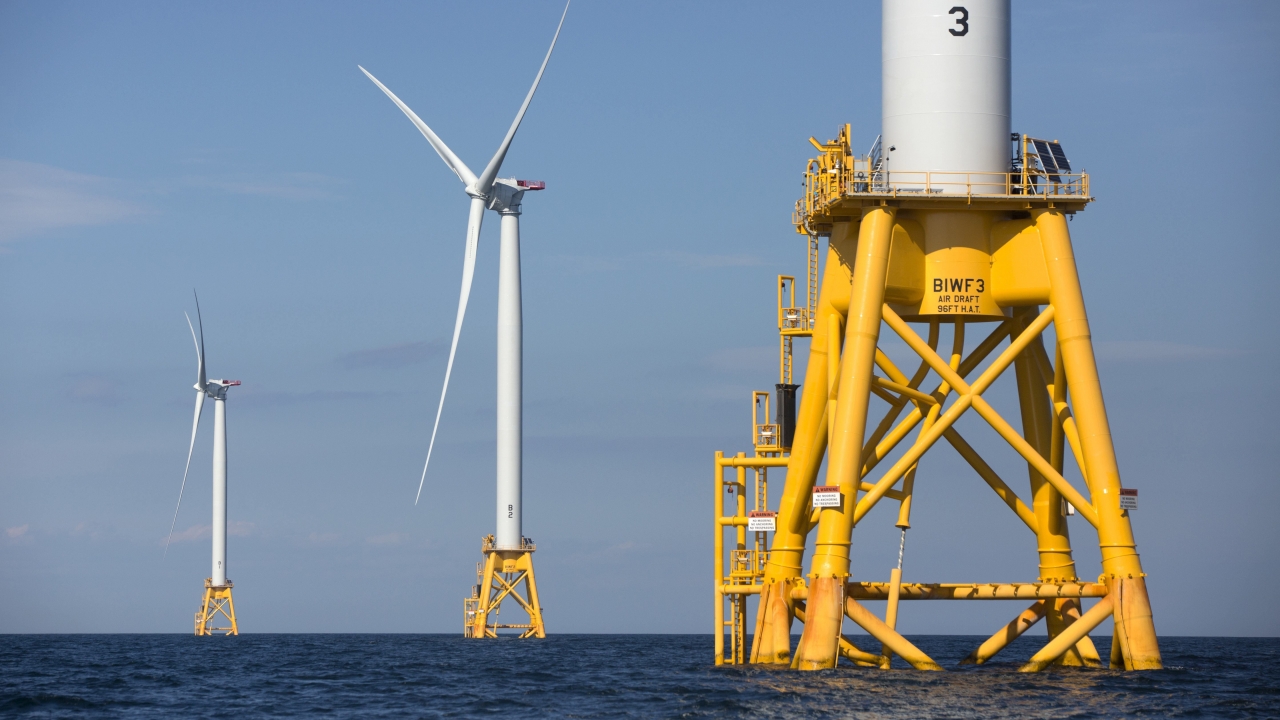 The Biden administration announced Wednesday that it will help develop up to seven offshore wind farms on the East and West coasts and in the Gulf of Mexico as it moves to deploy 30 gigawatts of offshore wind energy by 2030 — generating enough electricity to power more than 10 million homes.

Interior Secretary Deb Haaland said at a wind power conference in Boston that her department hopes to hold lease sales by 2025 for projects off the coasts of Maine, New York and the mid-Atlantic, as well as the Carolinas, California, Oregon and the Gulf of Mexico.

If approved and built, the projects could avoid about 78 million metric tons of planet-warming carbon dioxide emissions, officials said.

"The Interior Department is laying out an ambitious road map as we advance the administration's plans to confront climate change, create good-paying jobs and accelerate the nation's transition to a cleaner energy future," Haaland said. "We have big goals to achieve a clean energy economy and Interior is meeting the moment."

In addition to offshore wind, the Interior Department is working with other federal agencies to increase renewable energy production on public lands, Haaland said, with a goal of at least 25 gigawatts of onshore renewable energy from wind and solar power by 2025.

Haaland and Amanda Lefton, director of the department's Bureau of Ocean Energy Management, said officials hope to reduce potential conflicts with fishing groups and other ocean users as much as possible. "This means we will engage early and often with all stakeholders prior to identifying any new wind energy areas," Lefton said in a statement.

President Joe Biden has set a goal to deploy 30 gigawatts, or 30,000 megawatts, of offshore wind power in the United States by 2030. Meeting the target could mean jobs for more than 44,000 workers and for 33,000 others in related employment, the White House said.

The bureau completed its review of a construction and operations plan for the Vineyard Wind project off the Massachusetts coast earlier this year. The agency is reviewing nine additional projects, including the South Fork wind farm near New York's Long Island and the Ocean Wind project off New Jersey.

Vineyard Wind is expected to produce about 800 megawatts of power and South Fork about 132 megawatts. Ocean Wind, the largest project, has a total capacity of 1,100 megawatts, enough energy to power 500,000 homes across New Jersey.

The administration has committed to processing the 13 other projects currently under federal review by 2025.

The ocean energy agency has said it is targeting offshore wind projects in shallow waters near Long Island and New Jersey. A recent study shows the area can support up to 25,000 development and construction jobs by 2030, the Interior Department said.

Heather Zichal, a former climate adviser to President Barack Obama who now leads the American Clean Power Association, a renewable energy group, said President Biden's goal for offshore wind was "ambitious but achievable" and an essential part of the goal to reach 100% carbon pollution-free electricity by 2035.

In a related announcement, the Energy Department said it is spending $11.5 million to study risks that offshore wind development may pose to birds, bats, and marine mammals, and survey changes in commercial fish and marine invertebrate populations at an offshore wind site on the East Coast.

The department will spend $2 million on visual surveys and acoustic monitoring of marine mammals and seabirds at potential wind sites on the West Coast.

"In order for Americans living in coastal areas to see the benefits of offshore wind, we must ensure that it's done with care for the surrounding ecosystem by coexisting with fisheries and marine life — and that's exactly what this investment will do," Energy Secretary Jennifer Granholm said in a news release.