Supreme Court Justices Can Be Impeached — But It's Only Happened Once 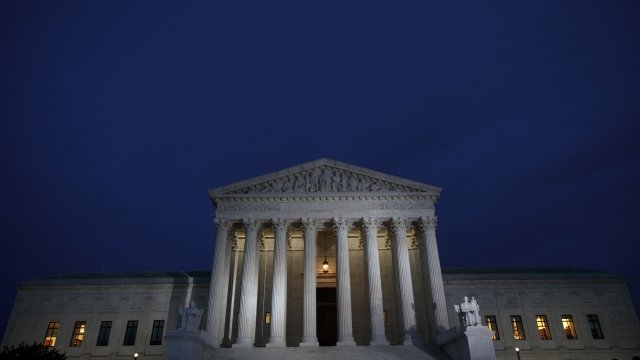 After a contentious confirmation process, Justice Brett Kavanaugh is finally seated on the Supreme Court. But not everyone on Capitol Hill is ready to let him stay there. Just like presidents, Supreme Court justices can be impeached — and some Democrats are gearing up.

Democratic Sen. Cory Booker recently told Yahoo the possibility of impeaching Kavanaugh wasn't off the table, should his party win control of the House or Senate in the upcoming midterms.

The last — and only — time a Supreme Court Justice went through the impeachment process was in 1804, when openly partisan Associate Justice Samuel Chase was impeached by the House.

"It really was a political fight." 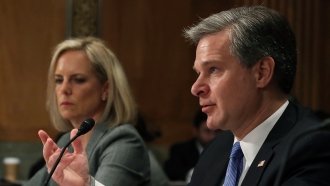 Stephen Wermiel has written several books on the Supreme Court and is a law professor at American University.

He told Newsy: "1804 was divided between the Federalists and the Republicans. Chase was a Federalist. The Republicans didn't like some of his rulings, so they were trying to kick him off the court — basically for political reasons. There were eight charges against him. He went to a trial in the Senate, but he was actually acquitted, so he remained on the court. ... The lesson of that moment was that it's not good for the credibility of the court and the independence of the court to think that if you don't like what a justice is doing, you can throw him out."

The process looks like a presidential impeachment: Articles of impeachment begin in the House. Then the Senate conducts a trial. If two-thirds of the Senate votes to convict, the justice is removed from the bench.

Wermiel says if Kavanaugh were to be impeached, it could delegitimize the court.

"The likelihood of impeachment happening, I think, is pretty slim. But personally, I also think it's not good for the court," Wermiel says. "[Kavanaugh] was confirmed. His decisions, his vote is going to count. The decisions that he participates in are going to become the law of the land. ... What happens to all the cases that he voted in, that are announced and decided at that point? Do they become invalid?" 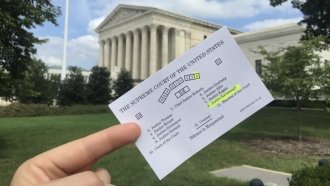 Those questions aside, Republicans, who largely supported Kavanaugh's nomination, mostly want to put the brakes on all talk of impeachment.

A reporter asked Sen. Chuck Grassley: "Do you think there'll be an effort to try and impeach Kavanaugh if Democrats take the House?"

Grassley replied: "They said there would be. I hope it isn't. I don't think it's a wise thing to do. I don't think they'll find a basis for impeaching."

And not all Dems are on board, either. Rep. Nancy Pelosi, who could become House speaker if Democrats win big in the midterms, said impeaching Kavanaugh is not on her agenda.

She said at a forum: "That would not be my plan. I have enough people on my back to impeachment the president, now we're talking about someone else. It's about unifying."

And Sen. Chris Coons seems to agree with Pelosi that Congress should unite the country, not divide it. He said: "There's ever only been one justice that's been impeached, and I think talking about it at this point isn't necessarily healing us and moving us forward. The Senate's role in our politics is not just to reflect the country, but to heal and lead the country. And that's the course we should be on."

Bureau of Engraving and Printing

The Face Of An American Patriot: Tubman To Grace $20 Bills